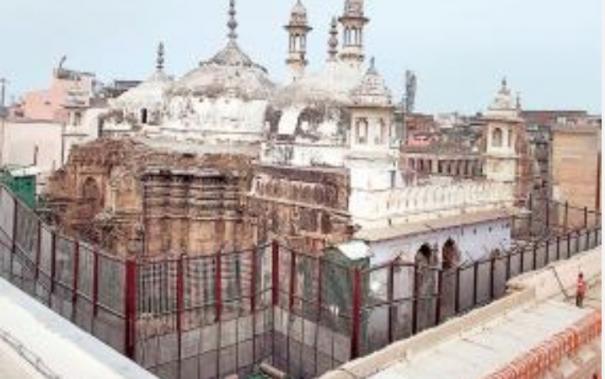 New Delhi: The excavation at the Gyanwapi Mosque in Varanasi, Uttar Pradesh, which was halted after the first day, resumed yesterday.

UP In the state of Varanasi, the Kasi Vishwanathar Temple and the Gyanwapi Mosque are located side by side. The temple is said to have been demolished and part of it built by the Mughal emperor Aurangzeb, who built the Gyanwapi.

The case is pending in a Varanasi court. In this context, the statue of Singarak Gauri Amman is located on the outside of the Gyanwapi complex.

A case was filed in the district civil court in August last year seeking a daily visit to the Goddess Gauri, who is located in the hall of the temple.

The civil court in Varanasi, which was hearing the case filed by 5 women from Delhi, had ordered a field survey in Gyanwapi. According to the order, the excavation was started on May 6 by a court panel. The Muslims, who refused to allow this the next day, filed a lawsuit seeking the removal of senior lawyer Ajay Kumar Misra, the commissioner of kalay, on the grounds that his intentions were not right.

Refusing to accept this, Civil Court Judge Ravi Kumar Divakar hired two more lawyers to assist the commissioner on behalf of the court and ordered the field study to continue. The court has appointed Assistant Commissioners Vishal Singh and Ajay Pratap Singh to assist Commissioner of Field Studies Ajay Kumar Misra. The mosque, which went to the Supreme Court seeking an injunction, was denied.

In this case, the field survey, which started at 8.00 am yesterday, ended at 12.00 noon. It is scheduled to resume at 8.00 am today. During yesterday’s inspection, all the 3 closed rooms in the basement of the mosque were opened and inspected. It was closed by the District Collector on January 4, 1993 due to an issue. A case is pending in the Varanasi court over the issue of use of a room by Vyasar. Due to this, the then Collector ordered that the case be reopened after completion.

So, the three rooms that had been closed for about 30 years since then were reopened yesterday and inspected. Of these, several important sources seem to have been found. The inspection of the mosque, which continues today, will be completed and its report will be submitted to the court on May 17.

After this there are chances to know what was in those rooms. A total of 52 people, including the petitioner and the mosque administrator, were allowed in as visitors during the field study. The study of the Singarak Gauri Amman vision issue is expected to shed light on many other new issues.