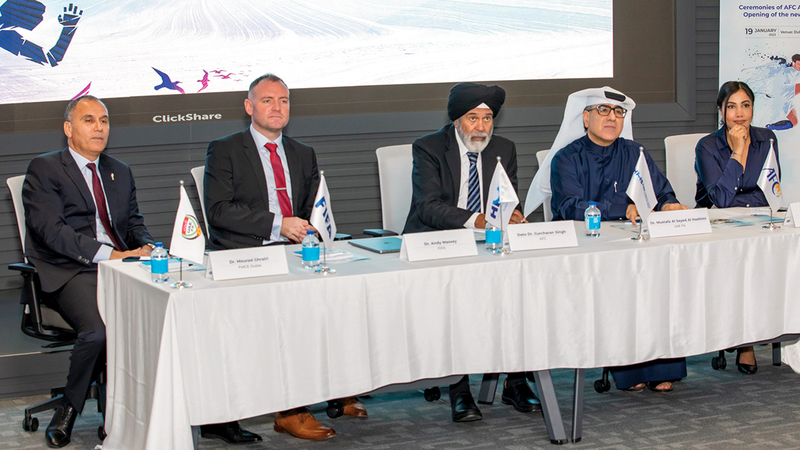 The day before yesterday, a workshop on the medical report for the 2022 World Cup was held at the FIFA Medical Center in Dubai, in the presence of the Director of the FIFA Medical Center, Dr. Murad Al-Gharairi. The workshop was held under the title “Football Medicine Forum”, where the International Federation of Football Associations (FIFA), through the Director of its Medical Department, Dr. Dangerous concussions for players during matches, which in some cases result in loss of consciousness, swallowing of the tongue, and internal bleeding.

Massi explained, “The new medical protocol represented the assignment of two doctors in each match by the International Federation. The first analyzes cases of concussion during the match from the video room, and then coordinates with the field doctor to take appropriate decisions.” He pointed out that the protocol followed contributed to avoiding the recurrence of dangerous cases that occurred in previous world championships in Brazil 2014 and Russia 2018, in addition to the role of the workshops held by FIFA before the World Cup in training doctors of the participating teams on successful and correct intervention in serious cases, such as fainting, swallowing of the tongue, choking, concussion and sudden cardiac arrest.

During his lecture, the Chairman of the AFC Medical Committee, Dr. Gurcharan Singh, reviewed the work done by the Confederation to strengthen the system of centers of excellence in the Asian continent, with the aim of standardizing the treatment, prevention and anti-doping protocol in the competitions organized by the AFC. He explained that the expansion of the yellow continent, and the large number of its civil federations, necessitate the unification of the protocol so that this will reflect positively on the players’ treatment system. As one of the oldest members of the FIFA Medical Committee, Singh highlighted the most important historical milestones that the committee went through. He explained that the International Federation is considered the first international federation to sign a cooperation agreement with the International Anti-Doping Agency in 2004, in addition to being the only federation that imposes a compulsory examination for all players before starting to play football to prevent the risk of “sudden death” in stadiums, and work began with this protocol. Since the 2006 World Cup Germany. Singh pointed out the importance of the study that was adopted by the FIFA Congress to protect players during matches, with an emphasis on raising red cards in violent tackles.

• The new FIFA medical protocol during the Qatar World Cup; Contribute to avoiding the recurrence of dangerous situations witnessed in previous world championships.