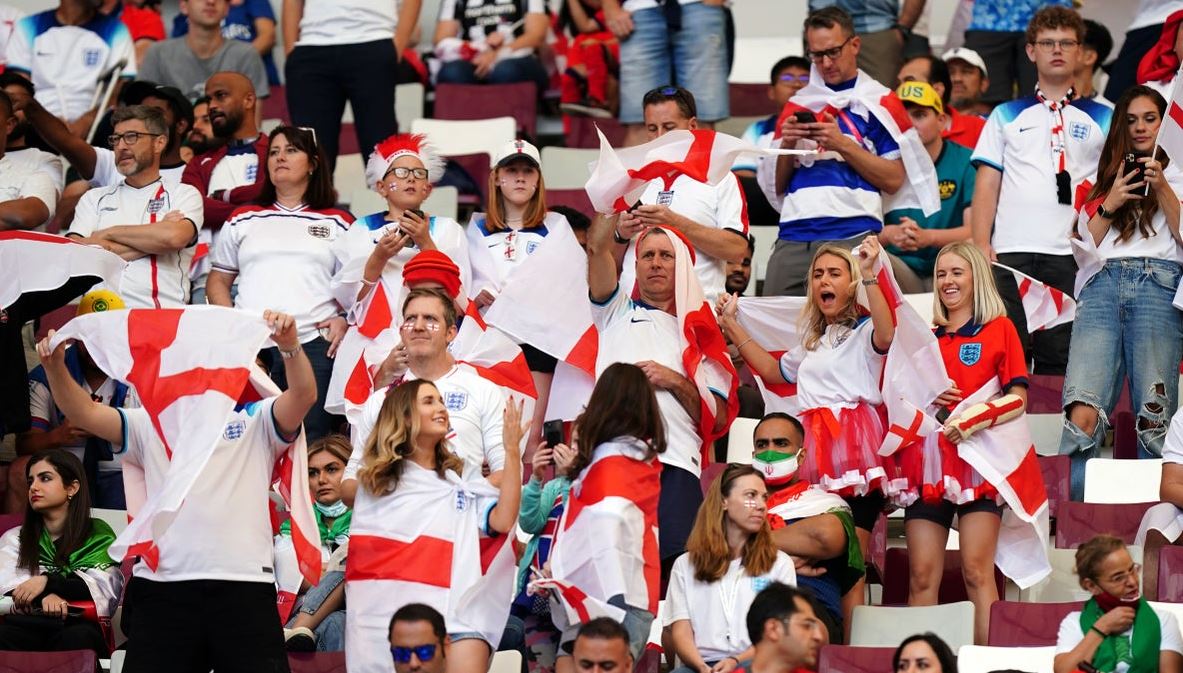 It was decided to prevent the masses from wearing the clothes of the Crusaders in the England match against the United States of America, which is scheduled to be held this evening in the FIFA World Cup finals, which are currently being held in Qatar. Fans carrying plastic swords and shields bearing the cross of St. George were told that they would not be allowed to enter Al Bayt Stadium in Al Khor, north of Doha, which is hosting the match, according to the British newspaper The Times, today.

The newspaper quoted the International Football Association (FIFA) as saying, “Crusader costumes in the Arab context can be offensive to Muslims.” For its part, the British anti-discrimination group “Kick It Out” advised fans not to wear costumes representing knights or crusaders, recalling the religious wars waged by Christians against Muslims in the Middle Ages.

“We advise fans attending FIFA World Cup matches that some clothing, such as costumes representing knights or crusaders, may not be welcome in Qatar and other Islamic countries,” the British news agency BA Media quoted a spokeswoman for the group. “The travel advice issued by the British Foreign Office ahead of the tournament indicated that fans should familiarize themselves with local customs, and we encourage fans to follow this approach,” the spokeswoman added.

A video clip posted on the social networking site (Twitter) showed two fans dressed in crusader outfits, and security personnel apparently refused them entry to a Qatari stadium. The England national team, seeking to win the World Cup for the second time in its history, after it was crowned when it hosted the World Cup on the stadiums in 1966, leads the table of the second group of the group stage in the World Cup.

The England national team has 3 points, after its sweeping victory 6/2 over Iran, in the first round of the group, last Monday, two points ahead of its closest opponents, Wales and the United States of America, who tied 1/1 in the opening round as well, while it is bottom. Iranian team standings without points.
It is noteworthy that the Wales national team will also meet Iran, this afternoon, at the (Ahmed Bin Ali) World Cup.