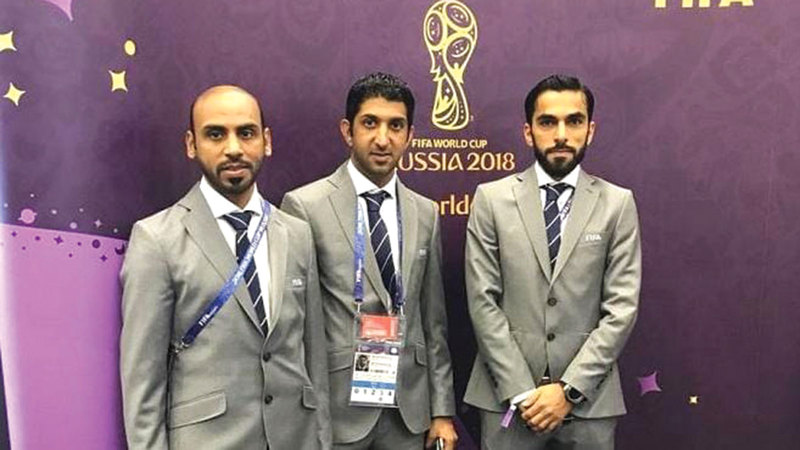 The Referees Department of the International Football Association (FIFA) called on the UAE World Cup team, consisting of: Muhammad Abdullah Hassan (referee of the court), Muhammad Ahmed Al Hammadi (first assistant), and Hassan Al-Mahri (second assistant), to participate in the “FIFA Seminar” for the designated referees. Managing the matches of the Qatar World Cup 2022, which will be held in Spain from June 20 to 22.

In another context, the Football Association stated, in a press statement, that the Asian Football Confederation appointed Khaled Al-Doukhi as evaluator for the referees in charge of managing the matches of Group F in the group stage of the 2022 AFC Cup in Indonesia, while Ahmed Yaqoub assigned the official of lecturers and evaluators in the referees administration in the Federation. The ball, the evaluation of the arbitration staff in charge of managing Group G matches in the same role and tournament, and its competitions will be hosted by the State of Vietnam, during the period from 24 to 30 of this month.

On the other hand, the Arab Football Association chose the two international referees, Fahd Badr Al-Hosani and Ahmed Al-Ghais, among 16 Arab referees who will run the matches of the Arab Futsal Cup, hosted by the Saudi Football Association, whose competitions started yesterday, Sunday in Dammam, and concluded on Sunday. June 29.