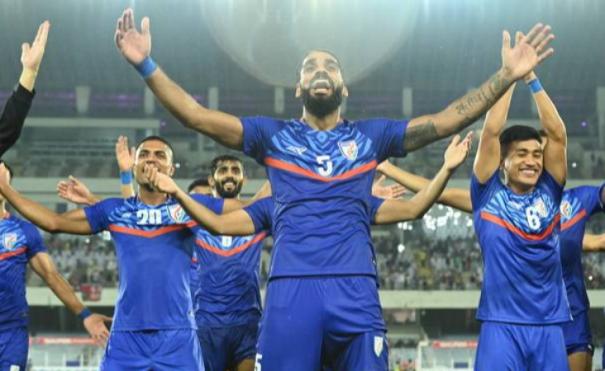 The Indian men’s football team has secured the opportunity to participate in the series for the recent Asian Football Cup through the third qualifying round. It is reported that there is currently an improvement in the international rankings.

The Indian team, which was ranked 106th, has moved up two places to win the qualifying round. However, India remain ranked 19th in the rankings for Asian football teams. The team led by Chhetri has qualified to play in the next Asian Football Cup.

Teams from Brazil, Belgium, Argentina, France, England, Spain, Italy, the Netherlands, Portugal and Denmark are in the top 10 in this rankings. Internationally, Kazakhstan has moved up a maximum of 11 places in the rankings.