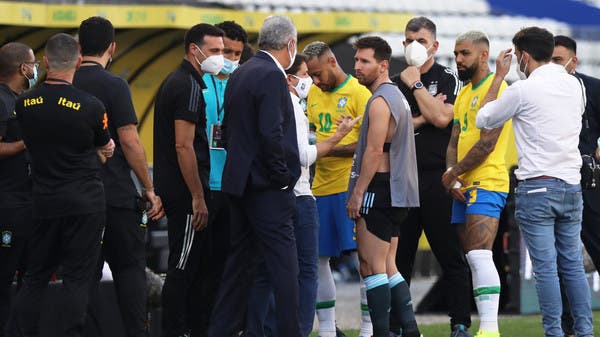 The FIFA Appeal Committee decided on Monday to hold the Brazil-Argentina match, which was canceled minutes after its start in the World Cup qualifiers, after rejecting the appeal submitted by the two national federations.

The match was suspended minutes after its start after Brazilian health officials stormed the stadium to prevent the participation of Argentine professional players in England and said they had violated quarantine restrictions to combat Covid-19 in the country.

The two teams have already qualified for the World Cup finals in Qatar at the end of this year, as Brazil topped the qualifiers in South America and Argentina came in second. In February, FIFA decided to replay the match.

FIFA had previously fined the Brazilian and Argentine federations 500 and 200,000 Swiss francs, respectively, for violating the principles of “order and safety”.

Last month, the AFA said it would appeal to the Court of Arbitration for Sport. Brazil plays Argentina in a friendly match in Melbourne in June.