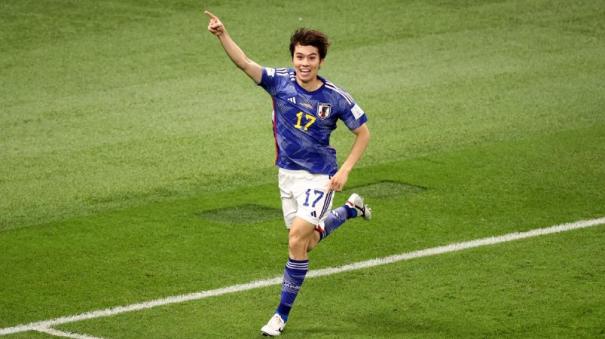 Al Rayyan: Japan beat Spain 2-1 in the group stage match of the ongoing FIFA World Cup. So the Japanese team has completed the first round.

Both the teams placed in Group ‘E’ played their last group match. The Japanese team had a chance to advance to the next round only if they won this. Spain was leading 1-0 in the first half of this match. The match was held at the Khalifa International Stadium.

But Japan stunned by scoring two goals in a span of just 2.22 minutes into the second half. The second recorded goal seemed to cross the ‘away’ line. The referee confirmed it as a goal after watching it on video. But fans are questioning it on social media. After that all the efforts of the Spanish team were in vain.