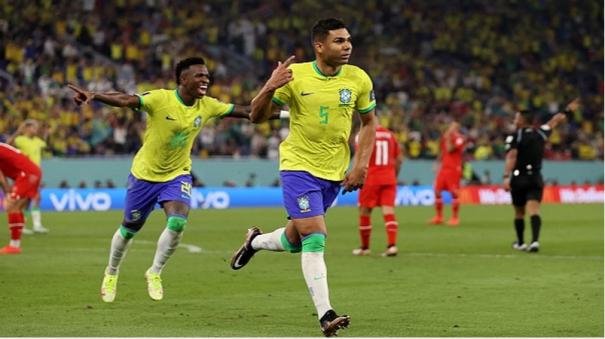 Toga: Brazil has advanced to the Round of 16 in the current World Cup. Brazil secured their place in the next round with their second win of the group stage. The team defeated the Swiss team with the score of 1-0.

The Group ‘G’ division match saw both the teams face off against each other. Both teams competed hard on the field. Brazil were very aggressive in scoring. Brazil had 13 shots. 3 of those shots hit the target.

Brazil’s Casemiro scored a goal in the 83rd minute. Even after that, Brazil team made efforts to register the second goal. Brazil won 1-0 at the end of the game. Brazil will face Cameroon on the 3rd.