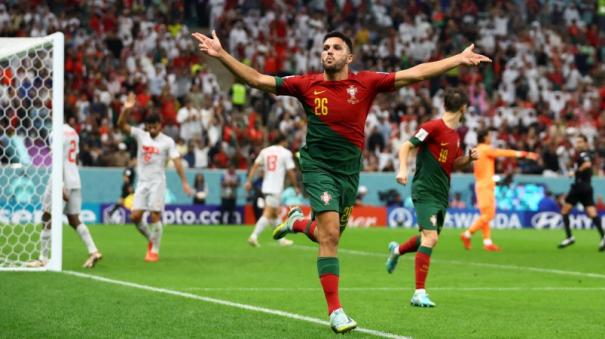 Lucille: Portugal defeated Switzerland 6-1 to advance to the quarter-finals.

Portugal and Switzerland clashed today in the pre-quarter-final round of the Qatar World Cup football series. Portugal’s star player Cristiano Ronaldo did not play in the match which started at 12.30 midnight. In his place, 21-year-old Goncalo Ramos made his debut.

Although the Portuguese dominated the match from the start, debutant Ramos produced a stunning display and emerged as Portugal’s new star. Ramos made his mark in the world of football by scoring the first goal in the 17th minute of the first half of the game. Portugal’s other player, Pep, scored in the 33rd minute to blank Switzerland 2-0.

21-year-old Goncalo Ramos made an impressive debut on the world stage by scoring a hat-trick on his debut. Since then he is being celebrated on social media. Portuguese fans are hailing him as their new hero. Meanwhile, Portugal will face Morocco in the semi-finals with this win.