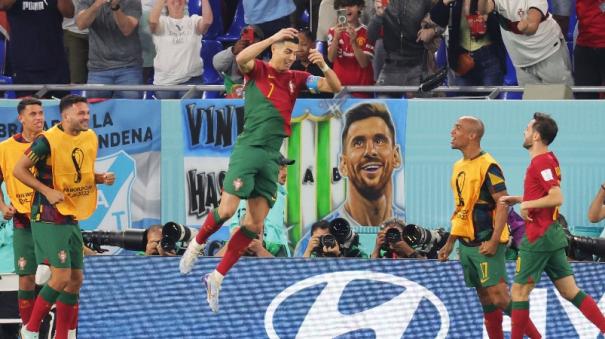 Portugal and Ghana are playing in FIFA World Cup football series. Cristiano Ronaldo scored from the penalty spot in the 65th minute of the match to register his team’s first goal of the World Cup. Ronaldo broke Lionel Messi’s record by scoring a goal today.

For the Portuguese team, the famous player Eusebio scored 9 goals in the World Cup series, which is the highest record. Ronaldo needs two more goals to break this. It is expected that he will break it in this Qatar World Cup series itself.

Meanwhile, Ghana scored an equalizer in the 73rd minute of the game to make it 1 – 1.