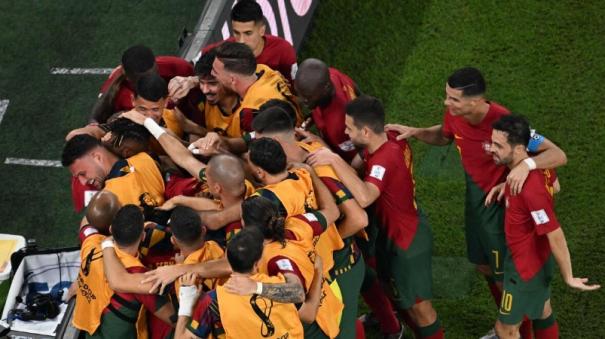 Toga: The 22nd FIFA World Cup football series is being held in Qatar. The teams of Portugal and Ghana clashed in the Group H division league match held at Stadium 974 last night.

Cristiano Ronaldo scored his team’s first goal of the World Cup from a penalty in the 65th minute after both teams went scoreless in the first half. With his goal today, Ronaldo became the first player to score in 5 World Cups.

Then in the 73rd minute of the match, Ghana’s captain Andrew Ayew scored a goal and responded to Portugal. However, in a recovering Portugal team, Joe Felix in the 78th minute and Rafael Leo in the 80th minute scored a goal each to give the team the lead.

Ghana’s Ousmane Bukhari scored a goal in the 89th minute in the final, but the game ended in defeat. Portugal beat Ghana 3-2 at halftime to top Group H.