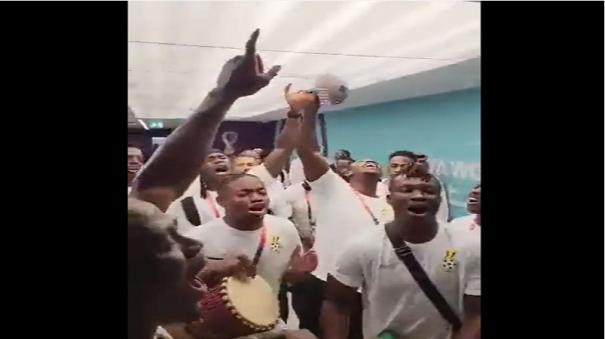 Al Rayyan: The Ghanaian team, who came to play in the group stage of the current World Cup series, entered the stadium coolly singing Murasu Koti. In addition, the team won the match against South Korea by 3-2.

Both teams from Group ‘H’ played in this match. The tournament was held at the Education City Stadium in Al Rayyan, Qatar. Mohamed Salisu and Mohamed Kuduz scored one each in the first half for Ghana. Korea responded in the second half.

However, Kudus scored another goal in the 68th minute of the game. With that, Ghana, who had a 3-2 lead at the end of the game, won.

Earlier, Ghanaian players who arrived by bus for the match connected their arrival at the stadium with music. It went viral worldwide even before the tournament started.