FIFA WC 2022 | The player who scored against the country of his birth… the moment he refused to celebrate! 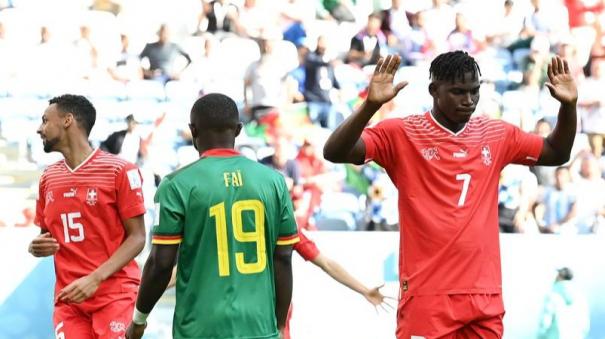 Al-Waqrah: The Swiss player refused to celebrate after scoring a goal against his country of birth, Cameroon, in the ongoing World Cup in Qatar. This act of his has touched the hearts of many.

Group ‘G’ match between Switzerland and Cameroon. In this, the Swiss team has won with the score of 1-0. The goal was scored by Breel Mbolo who played for the country in the 44th minute of the match. However, he did not celebrate the goal recorded in the World Cup arena. After that he looked after the task of playing on the field as usual.

Mbolo, 25, was born in Cameroon. However, he has been playing international football for Switzerland. His family came to France from Cameroon when he was young. Later they migrated to Switzerland. He is also playing in the League 1 series. Forward player.

He has scored 12 international goals for Switzerland in senior matches. In today’s match against Cameroon, he scored a goal and passed quietly. He passed the moment silently with folded hands. He kept his hands on his face. He is also the first player in World Cup history to score a goal against his home country while playing for a different country.