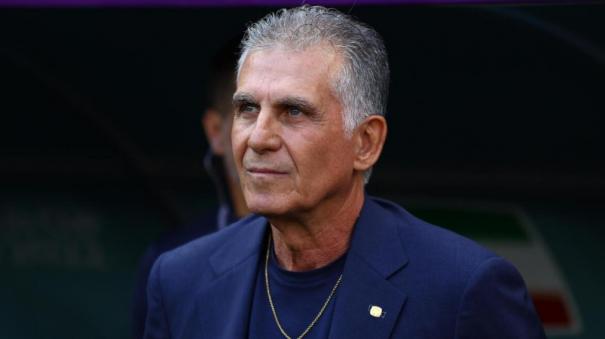 Following Iran’s 2-0 win over Wales at the 2022 World Cup in Qatar, Jurgen Klinsmann, a former Germany player and current member of the FIFA Technical Review Committee, has sparked controversy for his comments about Iran’s football and culture.

Iran won 2-0 against Wales on Friday. But Klinsmann slammed Iran on BBC television, saying their football was rough, that they committed too many fouls and were a team without sportsmanship.

“This is their culture,” says Klinsmann. This is why Iran coach Carlos Queiroz seems to be the perfect fit for the national team.

Queiroz was a huge failure in South America, and it was under his coaching that Colombia failed to qualify. He also coached the Egypt team, which was also not based in China. Now, just before this World Cup, Iran has taken the task into its own hands. This is where he worked for a long time.

Don’t you want to know what his secret is from this? It’s no coincidence that Colombia, Egypt don’t qualify and Iran does. This is part of their culture. This is how they play. They will ‘work’ the referee of the game. They will always come against our face and shout in our ears, this is the culture of the Iran team,” he slammed.

In response to this, Iran coach Carlos Queiroz said, “If you can comment like this about me without knowing me personally, without knowing anything about me, this is a manifestation of Western arrogance. While I respect the work you do on the field, your comments about Iranian culture, Iranian football culture and my players are insulting to football itself.

No one can question our sincerity. No matter what you say, we invite you as a guest to chat with our team. Come to our Iran Team National Camp. Interact with them and learn about Iranian culture. Please learn about the people of Iran. Learn about Iran’s poets, arts, algebra, and thousands of years of ancient Persian culture.

And know how much our players love football. As an American/German I know you all will not support us. No matter how much you disparage our team, culture and football on the BBC, I will never stoop to your level and talk about the roots, culture and true background of Unjol. I invite you to our family.” He replied furiously.

In addition to this, the Iran Football Federation has demanded an explanation from FIFA and to exclude Klinsmann from the study group.