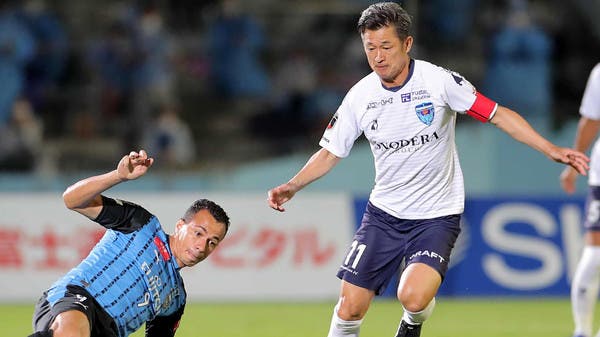 Japanese football legend Kazuyoshi Miura, at the age of 54, has signed a contract with a fourth-tier team coached by his brother, his new club announced on Tuesday.

Joining the Suzuka Point Getters, “King Kazuo” promised to “fight to help the team win on the field”.

The contract was announced on January 11th at 11:11, symbolic for the player who will wear the number 11.

Miura, who will turn 55 next February, confirmed that he had received several offers from Japan and abroad, after he was in the ranks of Yokohama FC last season in the first division, to enhance his number as the oldest player in Japan, but he only played one minute with the team that finally came. in the local league.

His new club stole the limelight in 2019 when it became the first Japanese team coached by a woman, Spaniard Mila Martinez.

The player, who aspires to continue playing until the age of sixty, hopes that his role will be greater in the ranks of the team trained by his older brother Yasutoshi.

In his long career, Miura held the colors of clubs in Brazil, Japan, Italy, Croatia and Australia, knowing that he settled in Brazil in 1982 and signed his first professional contract with Santos in 1986.

Miura was one of the most famous Asian players in the 1990s, especially after Japan launched the Professional League in 1993.

He scored 55 goals in 89 matches for the Japanese national team, but was arguably excluded from the squad that fought in the 1998 World Cup in France, the first samurai participation in the World Cup finals.