Finally a chance for duo that wanted to ‘get rid of’ Simon: 800,000 viewers see Nick sing with unknown brothers 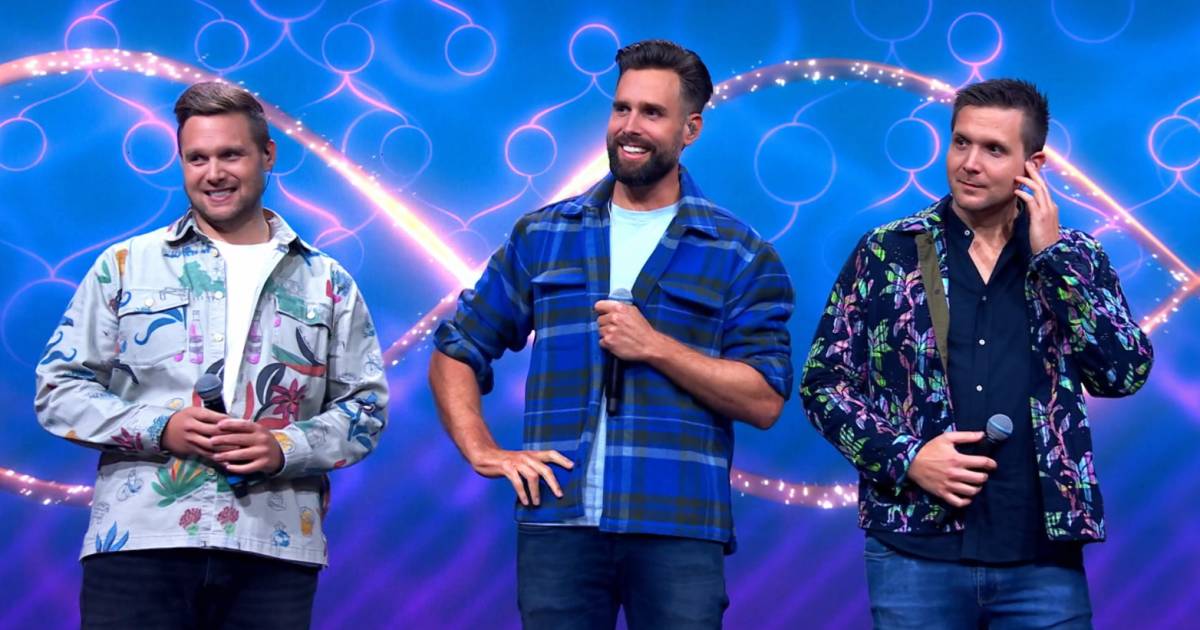 More than 800,000 viewers saw last night how two unknown brothers of Nick Schilder appeared in DNA singers. The panel was very impressed by their three-part harmony singing and that gave the former half of Nick & Simon an idea. “I’m going to take them,” he joked. With that, a cunning, old plan of the brothers would finally succeed.

In the new RTL 4 show, people who are related to a well-known Dutch artist perform. The panel, last night consisting of the teams of Jeroen van Koningsbrugge and musical star Nyassa Alberta and Jaap Reesema and Xander de Buisonjé, must guess with whom the participants have a blood relationship.

Normally they do this with hints, but they were hardly necessary now. Sam (37) and Robert (35), the first duo in the program, had barely come up when Reesema already had an idea. ,,I recognize something Volendam”, he said. Their accent in the hint video confirmed that and when they also said that their relative used to always have his nose in the books, Jaap knew enough. After all, Nick is known as a walking encyclopedia and is also referred to as Nickipedia.

Sam and Robert also referred to their relative as an “idol,” a reference to Nick’s participation in Idols in 2003. Xander already started Rosanne from Nick & Simon to sing and Jeroen was also out. ,,Of course it remains a kind of chess game,” he said, referring to Nick’s love for the mind sport. Painter, seen as a silhouette from behind a screen, couldn’t hold back his laughter.

Van Koningsbrugge robbed himself of points by jokingly pretending that he, like many people, does not know who Nick and who Simon is. Full of conviction he bet his money on Simon. ,,I’m starting to doubt myself”, laughed Robert. Jeroen continued, because even after Nick’s revelation he acted as if he was right. “I meant him, with that beard! Look at me, what’s your name? Be honest.”

Nick (39) and his brothers sang together as a child. When Nick became famous, it wasn’t much fun for Robert. He looks the most like him and was constantly asked to take pictures with people while working as a bartender. Together with Sam he sings in a cover band, appropriately called Almost Famous.

Nick loved being on stage with his brothers yesterday, which he has had to fill on his own since Nick & Simon split up as a duo after seventeen years. The three sounded great Glimpse of us by Japanese singer Joji, the panel found. Nyassa Alberta spoke of a ‘family choir’, which Nick likes. ,,I am currently self-employed,” he said. “So I’m thinking about taking them on.”

That is exactly what Sam and Robert hoped for more than ten years ago. They dreamed of going on tour with their big brother, but there was a sleeper. “We have to find a way to get rid of Simon,” they joked at the time RTL Boulevard.

Nick & Simon gave their last concerts together at the end of last year, but are now still performing together at Vrienden van Amstel Live. They also continue to make television together.

Watch an excerpt from Dna singers below: