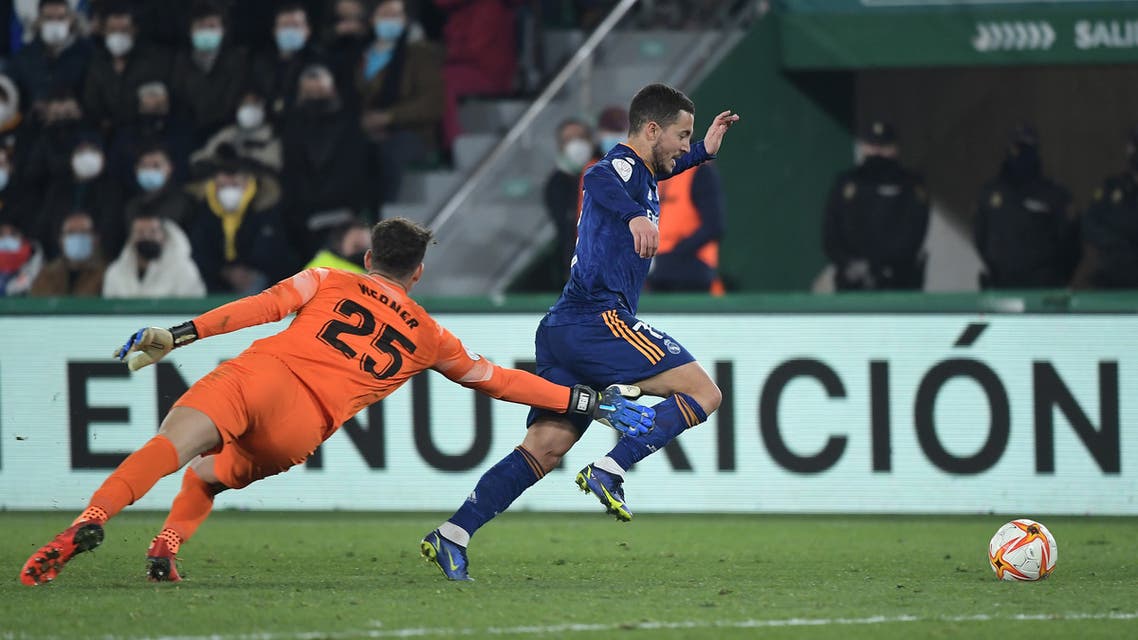 Real Madrid grabbed the ticket to the quarter-finals of the King’s Cup, after its difficult victory over its host Elche 2-1, Thursday, in the round of 16 competitions.

After the end of the first and second half with a goalless tie, two additional games were used to determine the winning team.

Elche advanced in the 103rd minute in the first extra period, before Real Madrid equalized five minutes later with a goal scored by Isco.

And in the 115th minute, Belgian Eden Hazard scored the second goal for Real, after he had been absent for a long time in the shadows on the bench during previous matches.

Real Madrid joined six other clubs that qualified for this round, namely, Real Mallorca, Rayo Vallecano, Cadiz, Real Betis, Real Sociedad and Valencia, awaiting the end of the matches of this round with a confrontation between Athletic Bilbao and Barcelona.