Finland responds to Turkey: Our country is not a safe haven for terrorists 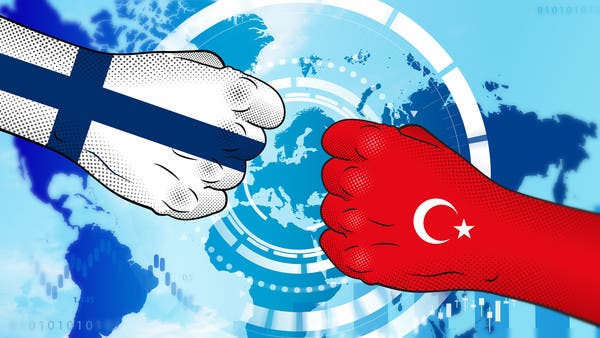 Today, Sunday, Finland’s intelligence chief confirmed that his country is firmly fighting international terrorism and does not grant asylum to foreign fighters.

Ante Biltari responded to accusations by high-ranking Turkish politicians that Helsinki hosts terrorist organizations as members of the outlawed Kurdistan Workers Party (PKK) in Turkey, saying, “We are not a haven for terrorism. We operate within our laws and procedures and follow the European Union’s list of terrorist organizations,” this came in an interview published today on the website British newspaper, Financial Times.

Biltari also explained that Finland and Turkey had previously cooperated very effectively with each other on counter-terrorism issues, particularly in the context of the war in Syria.

Flag of Turkey and NATO

Speaking about the situation on the Russian-Finnish border in the context of Finland’s possible accession to NATO, after Helsinki submitted an application to join the alliance, he noted that “nothing has changed.” “Everything is calm enough, let’s hope it stays that way,” Beltari said.

Turkish President Recep Tayyip Erdogan said that his country’s position on the entry of Sweden and Finland into NATO will not change without meeting its demands.

Today, Sunday, during a conference of the ruling Justice and Development Party, the Turkish president stressed that “until our demands are met, we will not change our position on NATO expansion.”

It is noteworthy that Finland and Sweden applied last month (May 2022) to join NATO, abandoning years of neutrality and non-alignment policy, in light of the military operation launched by Russia in Ukraine last February, which reinforced their fears.

However, Ankara, which accuses the two countries of harboring elements of the “Kurdistan”, which it classifies as a terrorist, announced its rejection of this step, calling for stopping its support for this party and handing over a number of wanted persons, as well as lifting the embargo on arms exports to it.