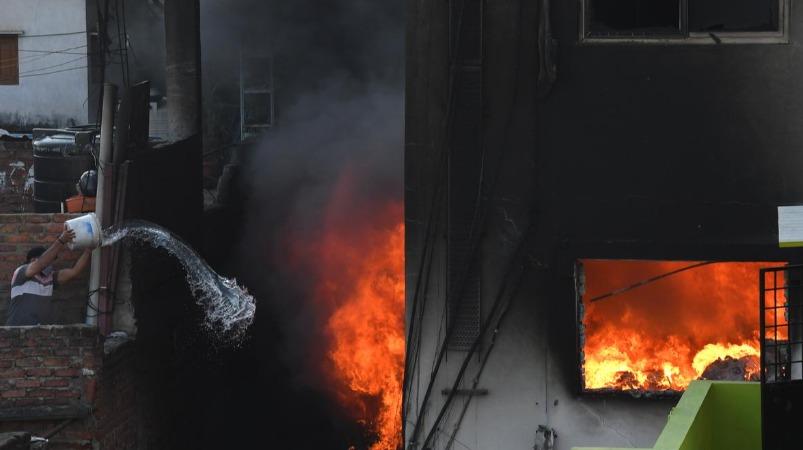 Secunderabad: The fire at a shopping mall in Secunderabad, Telangana, which broke out at 11 am yesterday, was not fully brought under control even by 8 pm last night. 4 people have been saved. Many people are feared to have died in the fire.

A sudden fire broke out at Deccan Night Wear Sports Shopping Mall in Nallaguta, Secunderabad at 11 am yesterday. People rushed out in panic as the fire spread to the lower floor. By then, the fire had spread to the upper floor. As a result, 4 people who were coming down got scared and ran to the 5th floor.

After getting the information, the soldiers rushed in 6 fire trucks and tried to put out the fire. Also, 4 people trapped on the 5th floor were rescued with injuries and admitted to Gandhi Government Hospital. One of them is said to be in critical condition.

However, the status of some people trapped on the first floor is not known. It is feared that they may have died. No one could go near the fire as it was burning. Terrible explosions were also heard from the building.

As the mall had clothes, recliners, sports equipment, it became clear that the fire was spreading more and more in the air. Also, the fire brigade officials said that many godowns in the mall were operating illegally and due to which the fire could not be controlled.

Fire fighting continued last night. Also the shopping mall building is in danger of collapsing. Subsequently, shops and houses around the building were evacuated.