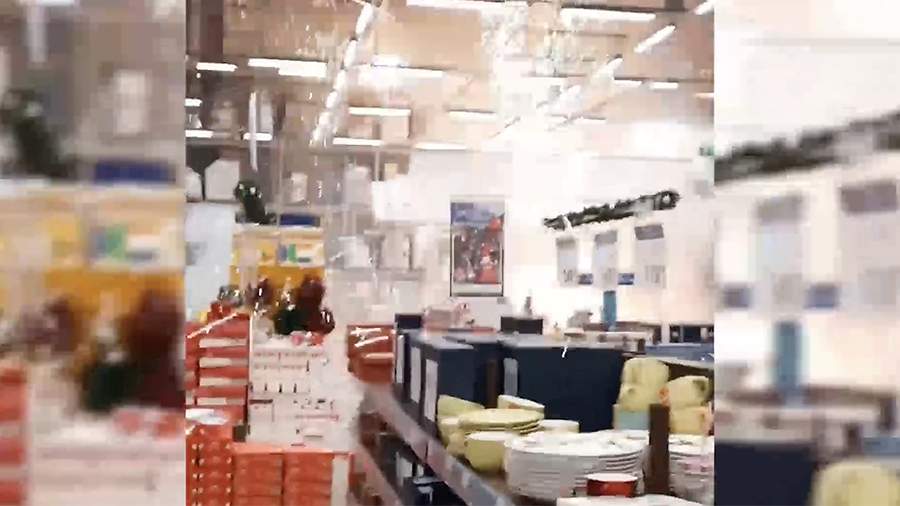 As follows from the footage published by eyewitnesses, pyrotechnics re-lit in the store. People are being urgently evacuated from the premises.

At the moment, firefighters, doctors and police officers are working on the site.

The last fire in another Lenta hypermarket in Tomsk occurred on December 21. The area of ​​the fire was about 5 thousand square meters. m. Due to the fire, about a third of the building collapsed, including the roof. It took the evacuation of 200 people, no one was hurt. A fire in a hypermarket led to explosions of pyrotechnics.

On the fact of the incident, a criminal case was initiated under the article “Intentional destruction or damage to property.”

The arson suspect was detained in hot pursuit. According to preliminary data, the man was an employee of one of the contractors in the hypermarket, because of a conflict with the managers of the retail network, he poured flammable liquid over the goods and set them on fire. He was arrested for two months.