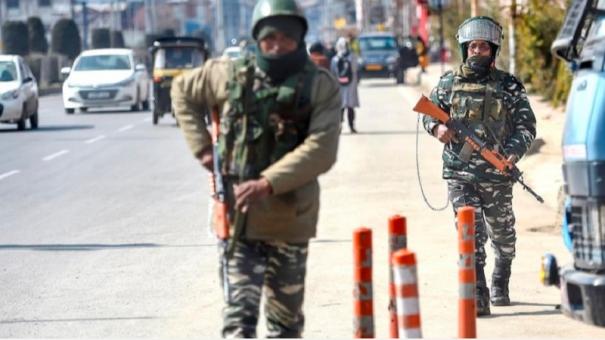 Srinagar: In Kashmir, militants entered an apple orchard and opened fire on brothers belonging to the Pandit community. One of them died on the spot. One was seriously injured.

Attacks on migrant workers by the Pandit minority community in Kashmir have been on the rise in recent times. Three months ago, a Kashmiri Pandit was murdered in a government office in Putgam district. The Pandit community staged massive protests after the incident. As their lives and property were not guaranteed, they staged protests demanding that they all arrange to return to Jammu. After Budgam incident, 5000 Pandits started working safely instead of going to government jobs.

#Terrorists fired upon civilians in an apple orchard in Chotipora area of #Shopian. One person died and one injured. Both belong to minority community. Injured person has been shifted to hospital. Area #cordoned off. Further details shall follow.@JmuKmrPolice

In this case, militants entered an apple orchard in Shopian district today and shot dead two brothers belonging to the Pandit community who were working there. One of them died. One was seriously injured.

In Kashmir last October 2021, 7 innocent civilians were killed in 5 days. Of these, one is a Kashmiri Pandit, one is a Sikh, and two are immigrant Hindus.