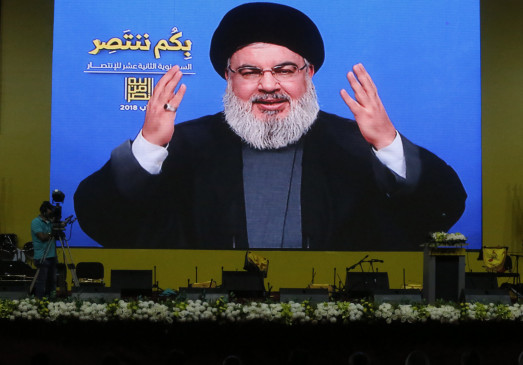 Digital Desk, Beirut. Hezbollah leader Sayyid Hassan Nasrallah said the first ship carrying Iranian fuel oil for Lebanon has arrived in Baniyas, Syria, and will be delivered by land to Beirut on Thursday. Nasrallah, in a televised speech to discuss the latest developments in Lebanon, said a second ship is set to reach Syria in a few days, while a third ship carrying gasoline will leave Iran soon.

He thanked the Syrian authorities for facilitating the transfer of shipments from Syrian ports to Lebanon, Xinhua news agency reported. Lebanon is facing fuel shortage due to the unprecedented financial crisis in the country.