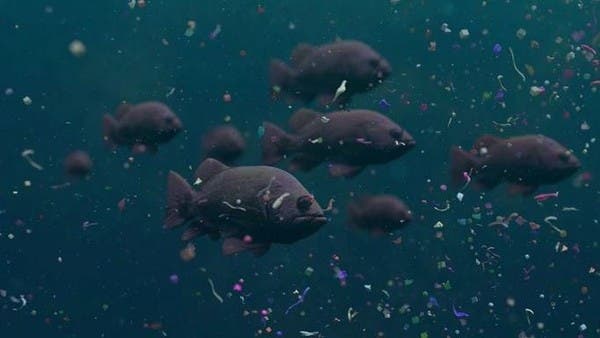 The media office of the American Chemical Society announced the creation of fish-like robots with a speed of 150 meters per hour, whose mission is to collect microplastics in the oceans.

As is known, about 300 million tons of plastic waste are dumped into wastewater, the bulk of which does not decompose over tens or even hundreds of years.

This plastic waste does not remain for a long time in the water, but is eaten by marine animals, so part of it can reach the human body with the meat of fish, shellfish and crustaceans. The remaining part of this waste complicates the process of cleaning the global ocean of waste.

Chemists have been able to devise a way to clean the oceans of plastic waste using automated robots, similar in size to small fish. These robots are made of graphene sheets glued together with sugary materials. And when the laser beam is directed at these plates, they move in the water in the form of waves, like fish and “flat” marine animals. And sticky or porous materials are installed on their surface, so they can search for and collect plastic particles.

“These nanorobots are able to move in water at a speed of 150 meters per hour, which is several times faster than the speed of old models of robots. The first tests showed that they are able to collect a large amount of plastic particles and transport them to another place,” the statement said.

The results of testing some prototypes of these robots have shown that they are able to withstand collisions with other objects. So the innovators hope that it will soon begin to be used to clean up the most polluted parts of the world’s oceans.