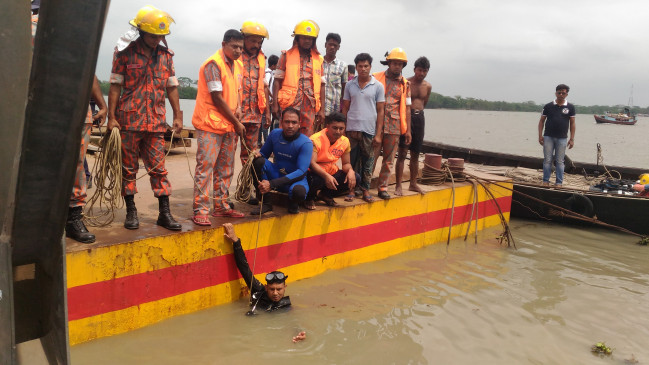 Digital Desk, Dhaka. At least 20 people are reported missing after a fishing boat sank in Bangladesh amid cyclonic storm Jawad. An official said on Tuesday that the search operation is on. The ship carrying 21 fishermen capsized in the Bay of Bengal and 20 of them are missing, said Golam Mustafa Choudhury, president of the Barguna District Fishermen’s Trawler Owners Association in Barguna, about 180 km south of the capital Dhaka.

We have come to know from the survivor of the incident on Monday night that the ship capsized and sank in the Bay of Bengal. The fisherman Hafizur Rahman was rescued by the crew members of another ship at around 11 pm on Monday, they said. He informed that 21 fishermen were on board the fishing vessel.

Barguna district police chief Jahangir Malik told Xinhua that the boat capsized near a remote island. Due to the impact of the cyclonic storm, heavy rains have occurred in some parts of Bangladesh. No major damage has been reported so far due to the heavy rains.