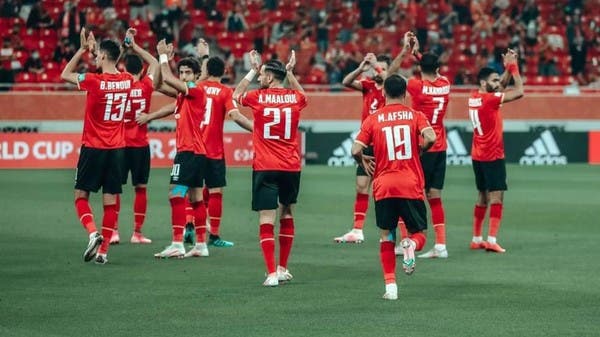 On Sunday, Al-Ahly Club of Egypt announced that five of its players were infected with the new Corona virus.

Dr. Ahmed Abu Abla, the Al-Ahly club’s doctor, said in statements to the official website of his club that the results of the quintuple swab, Yasser Ibrahim, Percy Tau, Louis Miccesoni, Ahmed Nabil Koka and Ahmed Abdel Qader, were positive, after they were tested on Saturday.

Abu Abla added that the five are currently subject to the necessary treatment protocol, and all of them are under observation, and they are currently being followed up on an ongoing basis.

And the Al-Ahly medical staff supervised that the five players underwent a medical examination outside the club on Saturday before the start of training because they felt some symptoms.

The medical staff was keen to conduct a new medical examination for the players and the technical and administrative staff before the start of Saturday’s training to check on the condition of all players, in light of the emphasis on precautionary measures to confront Corona.

Al-Ahly resumed training on Sunday as part of preparations to face El-Gouna in the Egyptian Professional Clubs League Cup.