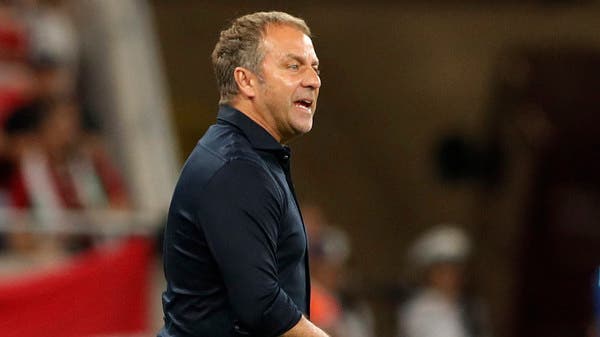 Hansi Flick, coach of the German national football team, expressed the high morale of the team before the match scheduled for Tuesday against the Italian national team, despite the German team’s 1-1 draw in four consecutive matches.

“I am very satisfied with the development of the team, we have many new players in the team and we continue to work on developing the team. We are in very positive spirits here,” Flick told reporters on Monday in Budapest.

But Flick also admitted that the result of a draw “is not good…because I want to win” and called on the team to do everything possible against the European champions Italy on Tuesday in Mönchengladbach. Victories are always very important for any team, they boost confidence.

And it was announced earlier that all 25 players in the German national team were ready to participate in the last training today, in preparation for facing the Italian team.

The German team remained in Budapest after the match that ended in a 1-1 draw with its Hungarian counterpart on Saturday, to return to Germany later today in preparation for the match against the Italian team.

The German team is looking forward to winning after drawing 1-1 in all its past three matches in its group in the Nations League.

The German national team will play its last two matches in the group next September, where it will host Hungary and then visit its English counterpart.

The German team drew 1-1 in four consecutive matches, as it had tied with its Dutch counterpart in a friendly match held on March 29.

The German team occupies third place in its group in the Nations League with three points, two points behind the leaders Italy and one point behind its Hungarian counterpart, while the England team is bottom of the group with two points, before its match against Hungary on Tuesday.

The team winning the group lead qualifies for the finals scheduled for next year, while the bottom of the group will be relegated to the second level.