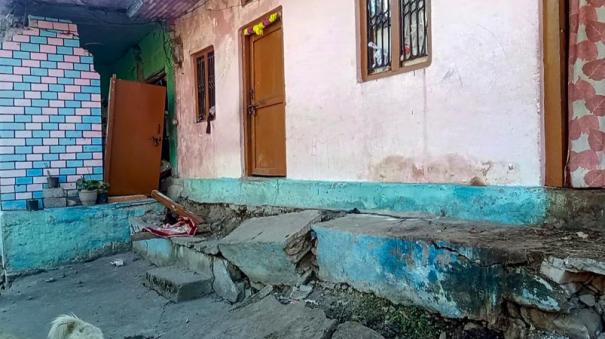 Dehradun: Joshimath city in Uttarakhand state has seen large cracks in houses and roads for the past few days. And the fact that the city is gradually sinking into the earth has caused a shock.

In this case, about 50 houses in Pakguna town in Uttarakhand’s Karnaprayak town also have cracks. As a result, Chief Minister Pushkar Singh Thami has requested the local municipality for help from the government.

Many families have left their homes in Baghguna and are staying with their relatives elsewhere. The victims are looking forward to help from the state government.

The government administration distributed Rs.5 thousand each to the affected families for food items, blankets and essential household items as per their requirement.

Case in Supreme Court: Meanwhile, a case was filed in the Supreme Court to declare the Joshimath disaster as a national disaster.

It was insisted yesterday before the bench comprising Chief Justice DY Chandrachud and Justice PS Narasimha that this case should be listed for trial immediately. The judges who refused to accept this said that they will hear the petition on the 16th.

The petition, filed by Swami Avimukteswarananda Saraswati, alleged that the incident occurred due to large-scale industrialization.

Immediate financial assistance and compensation to the people of Uttarakhand has been sought.