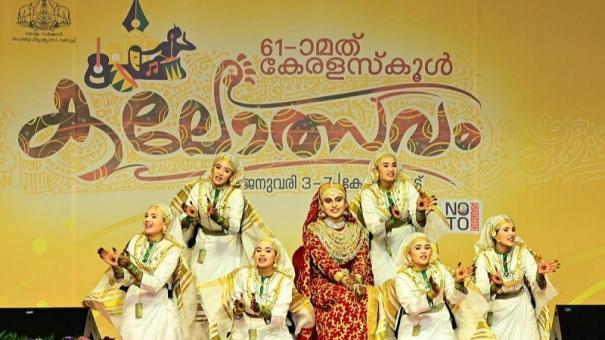 Kozhikode: The 61st Art and Culture Festival is taking place in Kerala. This festival, which was banned for two years due to the corona virus, is going on with much fanfare this year. 10,000 people have participated in it. Competitions are held in 239 categories. In this case, controversy has arisen due to the vegetarian food served in connection with this festival.

Food for the event is prepared by Mohanan Namboothiri Caterers. It has been alleged that the person running this catering service strictly follows caste-based vegetarianism in food. For the last 16 years, the same catering service has been cooking and providing food for this event. In this case, a controversy has arisen regarding the food this year.

The reason is that Kozhikode district, where the festival is held this year, is known for its non-vegetarian food, especially biryani. But the insistence that the arena is only vegetarian has sparked discontent. Even State Education Minister Sivan Gutty, who participated in the function, said that his idea was to serve Kozhikode biryani to the children. It was in this context that controversies arose continuously about the food served in this festival.

In a press conference after this, Minister Sivan Gutty said, “This festival is about diversity. The Ministry of Education has organized it to celebrate and nurture that diversity. For many years, only vegetarian food was served in this event. But from next year, non-vegetarian food will be served as well. The government always encourages healthy debates. But political “We do not encourage discussions that are carried out with vandalism.”

In this case, in an interview given by the owner of Mohanan Namboothiri Catering Service, he said that he has no problem as the Ministry of Education has decided to have non-vegetarian food at the Kerala Art Festival from next year. “If the government wants non-vegetarian food, I will arrange to cook that too. In my group there are individuals who cook non-veg. For that, I have kept separate utensils too,” he said.