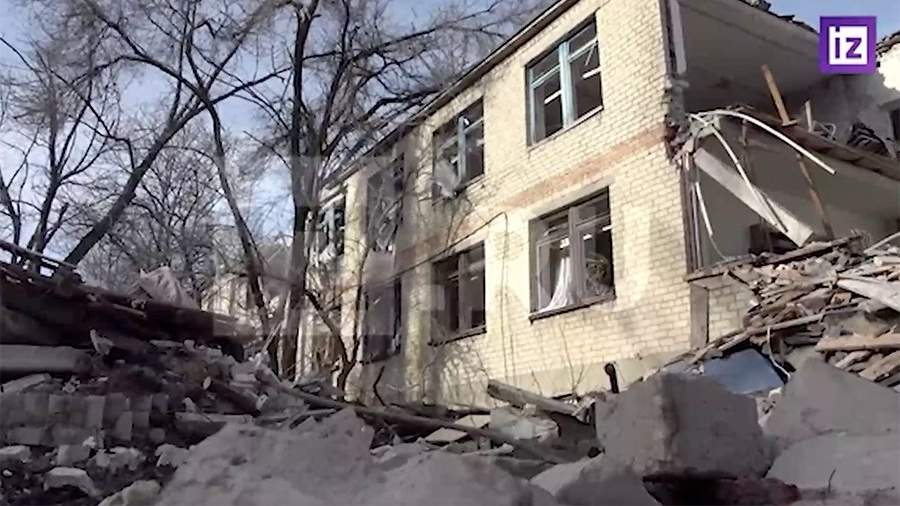 On January 3, Izvestia correspondent Mary Badunts showed footage of the aftermath of a strike by the Armed Forces of Ukraine (AFU) on a hospital building in Tokmak in the Zaporozhye region.

It is noted that the shelling was carried out from the American multiple launch rocket systems (MLRS) HIMARS.

According to the correspondent, as a result of the missile attack, the economic part of the hospital was badly damaged, and the windows in the emergency rooms were smashed out by the blast. Restoration work is underway at the moment.

According to the hospital staff, staff and patients are frightened by the APU attack.

“We are all in shock. The children are with us. One side was injured, where the mother and child were lying, ”the hospital said.

Ambulance paramedic Svetlana Tuinova noted that as a result of the shelling, the buildings of the maternity hospital and pediatrics were severely damaged. Fortunately, no one was hurt.

“In general, it’s very scary that they shot at the hospital, because they definitely knew that people were lying here. Children lie here, and in traumatology, surgery, therapy, and old people lie. They knew it, of course. I think it’s very bad,” Tuinova said.

Earlier that day, the Armed Forces of Ukraine attacked a hospital in Tokmok. Information about the wounded and dead is being specified.

On January 1, people were evacuated from the Pervomaisk hospital in the Lugansk People’s Republic (LPR) after Ukrainian strikes. Patients with injuries are in moderate and serious condition. The deputy chief physician of the hospital, Tatyana Kovaleva, said that six people were killed as a result of the shelling. Among them are patients and medical staff.

Regional transport is flat for five days: ‘It is irresponsible to keep that single bus running’

Sobyanin spoke about plans to improve the Yauza park in 2023