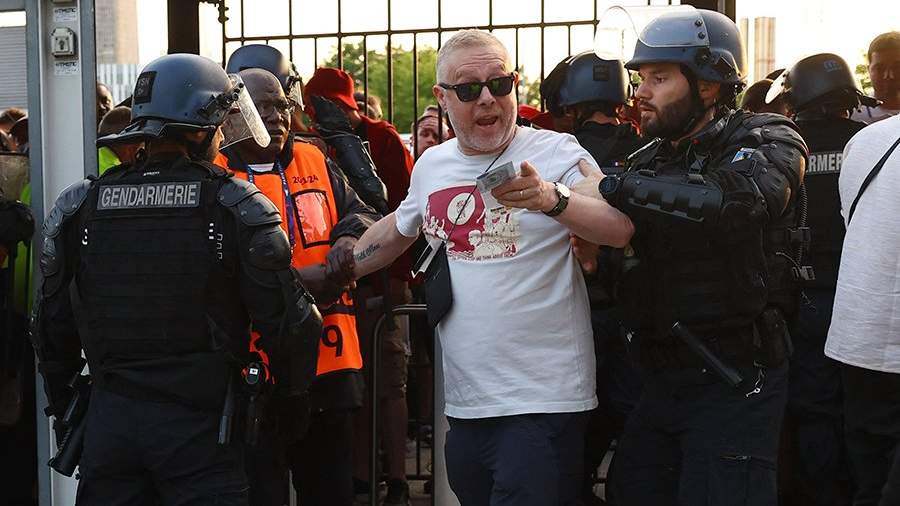 French law enforcement officers detained 68 fans for various violations before and during the Champions League final between Real Madrid and English Liverpool (1:0). This was reported on Sunday, May 29, by the newspaper L’Équipe, citing the Prefecture of the Metropolitan Police.

Earlier it was reported about 46 detained people for participating in riots at the Stade de France stadium near Paris and in the area of ​​fan zones.

“As of Saturday evening, the police prefecture of Paris announced 68 detainees <...> in the fan zones of Liverpool and Real Madrid, in Paris, Saint-Denis and near the Stade de France,” the report says. .

In addition, 238 people are reported to have received minor injuries during the riots. It is noted that assistance was provided to them on the spot.

Before that, it became known that police officers during the dispersal of the riots were armed with batons, shields, water cannons and other means. Many of these guns ended up being used on Liverpool fans.

The Union of European Football Associations (UEFA), in turn, promised that, together with the police and French authorities, they would urgently consider the situation with the unrest around the Champions League final. According to official information, the entrances to the stadium were blocked by a crowd of fans, which was dispersed only after police intervention.

Due to brawls at the stadium, the match between Real Madrid and Liverpool at the Stade de France stadium near Paris had to be postponed by 37 minutes. According to media reports, some fans encountered security while trying to enter the stadium. People climbed over the fences, ignoring the attempts of the stewards to bring the situation under control. Ultimately, law enforcement officers were forced to use tear gas.

At the same time, the riots did not affect the course of the match. As a result, Real Madrid won the UEFA Champions League for the 14th time, beating English Liverpool 1-0.