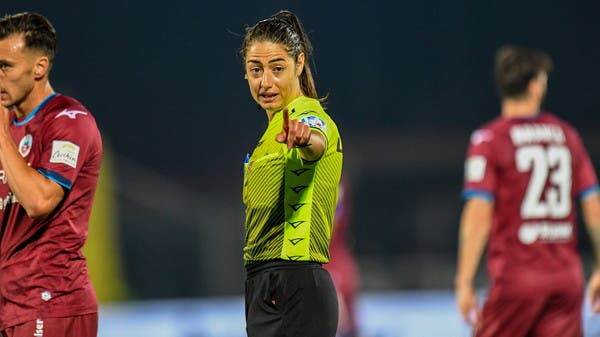 The Italian Football League has appointed Maria Sol Ferreri Capote to officiate matches for the 2022-2023 season, becoming the first woman to do so in the tournament’s history.

Ferreri Capote, 31, became the first woman to officiate a Serie A match last year when Cagliari faced Citadella in the Coppa Italia.

She will now referee a top-flight match for the first time next season, after joining the league’s official list of referees on Friday.

Alfredo Trentalang, head of the Italian Referees Committee, said: “It is a wonderful and great moment, and yet it evokes feelings of sadness when some are surprised to have a woman on the list of judges.” Of course, the choice of Maria Sol to become the first woman to officiate a top-flight match would make headlines. It’s a historic moment, but this promotion is a well-deserved one, not just a bonus.

Ferrere Capote joined the Referees’ Association in 2007 and worked in the regional leagues before starting to officiate fourth-tier matches in 2015.

Her next step came in 2019 when she officiated two matches in the European Women’s Championship qualifiers. The following year, she started working in the third division and also officiated a match in the second division between Citadel and Spal before facing Cagliari in the Coppa Italia.