For the first time in the 92-year history of the RSS Vijayadashami, a female guest – a mountaineer – is participating 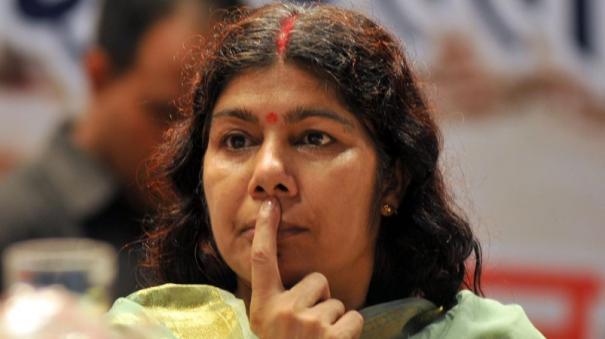 New Delhi: After 92 years, a woman will be the chief guest at the Vijayadashami function organized by the Rashtriya Swayam Sevak (RSS).

92 years of RSS organization are coming to an end. This organization organizes the annual Vijayadashami festival on the last day of Dussehra celebrations with great vibrancy. Annually, eminent guests are invited to participate in this function held at the RSS headquarters in Nagpur. Accordingly, for the first time a woman has been invited as the chief guest for the Vijayadashami festival to be held on October 5 this year. Padma Shri Santhosh Yadav got this opportunity.

In recent times, current RSS chief Mohan Bhagwat has been talking about various good ideas about women. In particular, he commented, “Many of us who praise Jagat Janani are wrong to treat women as slaves in our homes.” Although physically different from men, women are equally talented. He also said that they should start their progress from our homes. In this case, RSS leader Mohan Bhagwat is going to preside over the ceremony.

Speaking to the ‘Hindu Tamil’ daily, RSS officials said, “Our organization, which is approaching 100 years soon, is going to focus on women’s rights. Through this, we aim to strengthen the women’s division as well. They said that women are becoming the decision makers of Indian politics.

Santhosh Yadav is the first woman to climb Mount Everest twice. He had summited Everest for the first time in May 1992 and for the second time in May 1993. For this Santosh Yadav was honored with National Achievement Award in 1994 and Padma Shri in 2000.

Earlier, Nobel Laureate Kailash Satyarthi and former President Pranab Mukherjee were also the chief guests at the RSS Vijayadashami function. But it is noteworthy that the Congress strongly objected to Pranab Mukherjee’s participation in the RSS function.