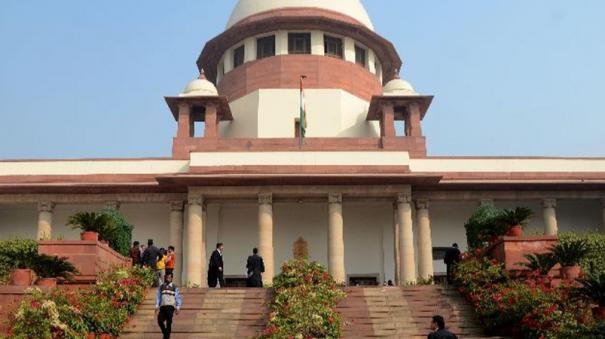 New Delhi: The Supreme Court yesterday started live telecasting of the hearing in the constitutional session.

In this case, in the meeting of all judges held on the 20th under the leadership of the present Chief Justice U.U. Lalit, it was unanimously decided to implement the order issued by the Supreme Court in the year 2018 in the Swabnil Tripathi case from the 27th. According to this, the live telecast of the constitutional session hearing started yesterday. Henceforth, the public can watch the Supreme Court hearings live on their cell phones, laptops and computers.

Meanwhile, former BJP executive KN Govindacharya’s lawyer has filed an interim petition in the Supreme Court, demanding that the “copyright of live broadcasting of Supreme Court proceedings should not be left to a private party like YouTube”.

The bench headed by Chief Justice U.U. Lalit said, “Live broadcast has been started on YouTube for the time being. Soon a separate site will be established for this. We are taking care of the copyright issue,” he said. The judges said that the hearing on this petition will be held on October 17.

Earlier Chief Justice NV Ramana retired on August 26. It is noteworthy that the proceedings of the 3-judge session on that day were telecast live (webcast portal) for the first time in the history of the Supreme Court.