For the first time, the Russian Air Force flies over Donetsk 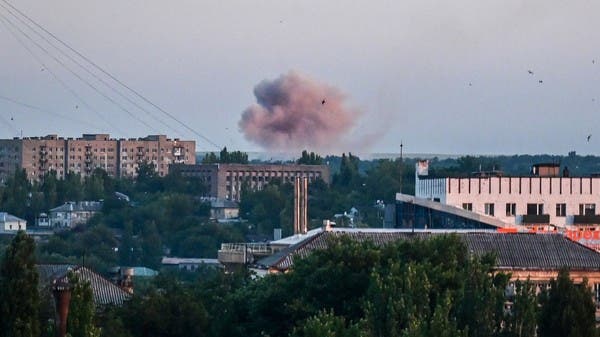 In light of the intensification of battles in eastern Ukraine between the two sides of the conflict, Al-Arabiya/Al-Hadath correspondent reported the resumption of heavy Ukrainian shelling on the city of Donetsk.

On Monday, he added, the separatists in Donetsk began bombing the cities controlled by the Ukrainian army, including “Avdivka, Mariinka, Pesky and Krasnogork.”

He also noted that the Russian Air Force is flying over Donetsk Province for the first time.

This came while Ukrainian forces launched an unprecedented bombing operation on the region, according to what the pro-Russian separatist authorities announced a few days ago.

She added that intense bombing of the city of Donetsk resulted in dozens of deaths.

It also confirmed that the Ukrainian army targeted the city with unprecedented bombing in its strength, intensity and duration last week, since the launch of the Russian military operation on February 24.

It is noteworthy that Donetsk is located near the front line between the separatists and Ukrainian forces in the Donbass region.

This region is witnessing violent clashes between the Ukrainian army on the one hand and the Russian forces backed by separatists on the other.

While the fiercest battles are currently taking place in the city of Severodonetsk, located about 150 kilometers north of Donetsk, which the Russian army is seeking to seize, as its fall paves the way for Russian control of the large Kramatorsk in the Donetsk region, the last stronghold of Ukrainian forces in the east.