For the first time, the Saudi national team crowned the AFC U-23 Championship 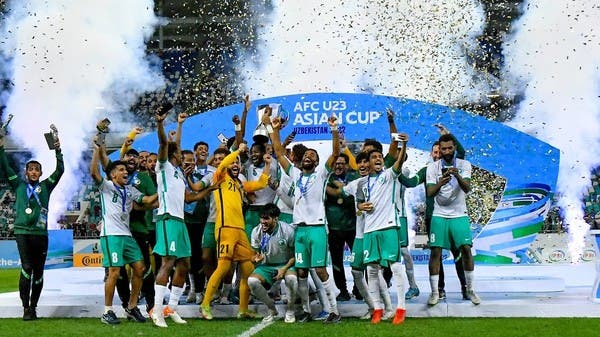 The Saudi national football team won the AFC U-23 Championship after defeating Uzbekistan 2-0 during the final match that brought them together on Sunday at the Mili Stadium in Tashkent, the capital of Uzbekistan.

The Saudi team advanced with a goal scored by Ahmed Al-Ghamdi in the 48th minute, and Firas Al-Braikan added the second goal in the 74th minute.

This is the first time that the Saudi national team has won the title, knowing that the Uzbekistan team won the title in the tournament version that was held in 2018.

The Saudi team qualified for this round after topping the fourth group in the group stage, then beat Vietnam 2-0 in the quarter-finals, then beat the Australian team with two clean goals in the semi-finals.

Meanwhile, Uzbekistan qualified for this round after leading the first group, then beat Iraq 3-2 on penalties after the end of the regular and extra time with a 2-2 tie, and then beat the Japanese team with two clean goals in the semi-finals.