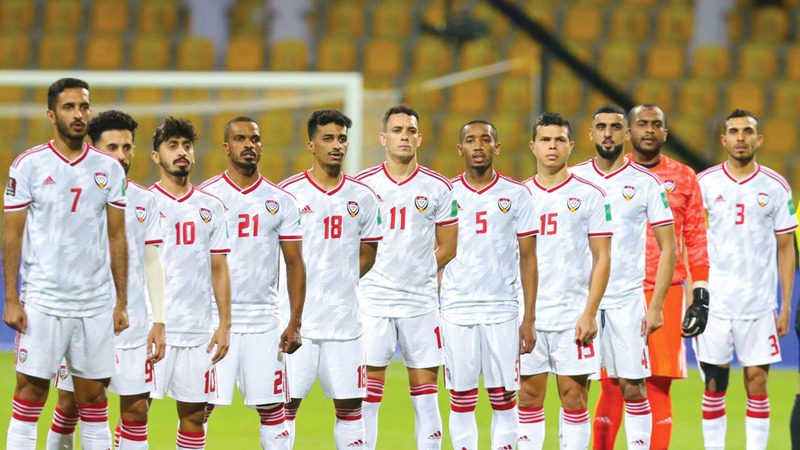 Athletes and technical analysts said that “for the first time in the history of the national football team, for a long time, a long-term and clear plan is being drawn up to prepare (Al-Abyad), after finally announcing the complete program to prepare the team for the upcoming benefits until 2023, most notably the Arab Gulf Cup in Next January, the West Asian Championship next March, and the 2023 Asian Cup finals, describing this as a good step by the Football Association and the National Teams Committee,” noting that the preparation program included creating all conditions for the team’s success, by playing friendly matches with strong teams, most notably Matches Argentina and Paraguay.

They told “Emirates Today”: “The clarity in developing a plan and programs for the team serves both sides of the teams and clubs in the process of programming, coordination and work with the players,” noting that the team’s preparation program will start this month with the establishment of an external camp in Austria from the 17th to the 27th of this month, in which the team will participate Two friendly matches, the first with Paraguay on the 23rd, and the second with Venezuela on the 27th of the same month.

And they added: “Contrary to what was happening in the past from the lack of clarity in the vision from an early age regarding the team’s preparation program, this time the picture has become very clear in front of the team, through an ambitious preparation program that was established to prepare the team for the upcoming foreign benefits.”

According to the program approved by the National Teams Committee in the Football Association, the second stop for preparing the team will be in an internal camp in Abu Dhabi from November 13 to 19, during which it will play two friendlies against Argentina and Kazakhstan on the 19th, while the team will enter during the period from December 26 to The sixth of January 2023 in a preparatory camp for the “Gulf 25” championship, which will be held from the sixth to the 19th of January 2023, after which there will be another camp in preparation for the West Asian Championship, from March 20 to the second of April 2023, while there will be a gathering during the summer period from 28 May to June 15th in preparation for the 2013 Asian Cup.

The former national team coach and technical analyst, Dr. Abdullah Misfer, said that “the program included creating all conditions for the team’s success, and this matter is an opportunity for proper planning and organization, even at the club level, as it knows that there are interruptions through the presence of a clear program.”

He added: “There is always an agenda for international participation and pauses at the level of (FIFA), as everyone was clashing with programming and a constant disagreement between the Football Association and the Professional League and competitions with national teams, so the damage was caused to the teams, because the team did not take its chance to prepare. But now the coordination was clear between the League and the Football Association, and this is an excellent thing that serves Emirati football.”

For his part, the former international player and technical analyst, Abdul Rahman Muhammad, thanked the National Teams Committee in the Football Association and the coach of the team, for having announced the full picture of preparing the team for the coming period, through this announcement of the preparation program, considering that for the first time the sports street knows the full picture. And how to prepare the team for the coming period, since the National Teams Committee announced that within the framework of building a team, this announcement was accompanied by the team’s preparation program, which included playing friendly matches at the highest level.

He said: “Everything about preparing the team has become clear and tidy, and I thank everyone who stood behind this work, and I ask everyone to stand behind the team and support it during the coming period, and support the technical staff, the teams and players committee, to create a strong team that is able to compete in all tournaments.”

In turn, the former coach of the Dibba Al-Fujairah and Masafi teams, Muhammad Obaid Al-Khadim, confirmed that the most important issue is choosing the elements that will wear the team’s shirt in the coming period, and that the players be ready for the next stage in the team’s march, as well as benefiting from the upcoming preparation period.

Al-Khadim wished to see elements of the players competing in wearing the team’s shirt and representing it in the coming period, which will witness important benefits for the team.