For the sake of refugees: a Frenchman swam 280 kilometers around Cyprus 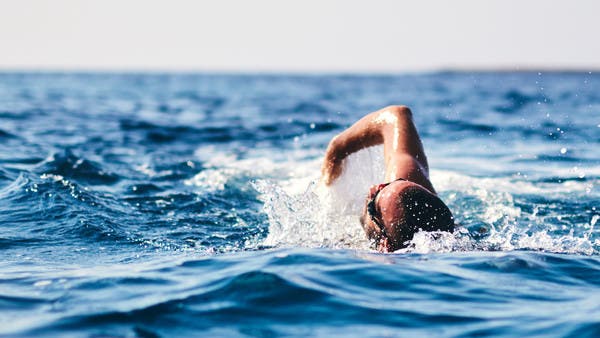 A French man living in Cyprus completed his 280-km journey around the Mediterranean island in 28 days on Saturday, in a personal challenge that also allowed him to raise money for charities.

On April 2, Julian Mayville left the beach of Pomos municipality (west) and arrived in mid-April 30 to Finikoudes (southeast), thus completing the last stage of the “Cyprus Swim Tour” in the southern part of the divided island, the northern third of which has been occupied by the Turkish army since 1974.

“Everything went well, but three stages were more dangerous,” the 40-year-old told AFP.

The man, who hails from Saint-Brieuc in northwestern France, added: “While swimming around Akrotiri, there were huge waves that reached two meters in height, it was difficult.” Between rocks and waves, fatigue and wind complicated this eight-hour stage.

After each stage, the Frenchman slept in his truck, which was driven by a friend who helped him re-supply.

During events along the route, such as a beach clean-up in Kourion and a conference to raise awareness of the impacts of climate change, Julien Meville raised nearly 3,000 euros that will be donated to the NGO Generation for Change to advocate for vulnerable and marginalized communities.

Mayville said: I chose this association for its serious management and for a personal reason, which is to receive and help refugees.

The Republic of Cyprus, a member state of the European Union, has seen a huge influx of migrants in recent years, most of them Syrians fleeing the war in their country located less than 100 kilometers from the Cypriot coast.