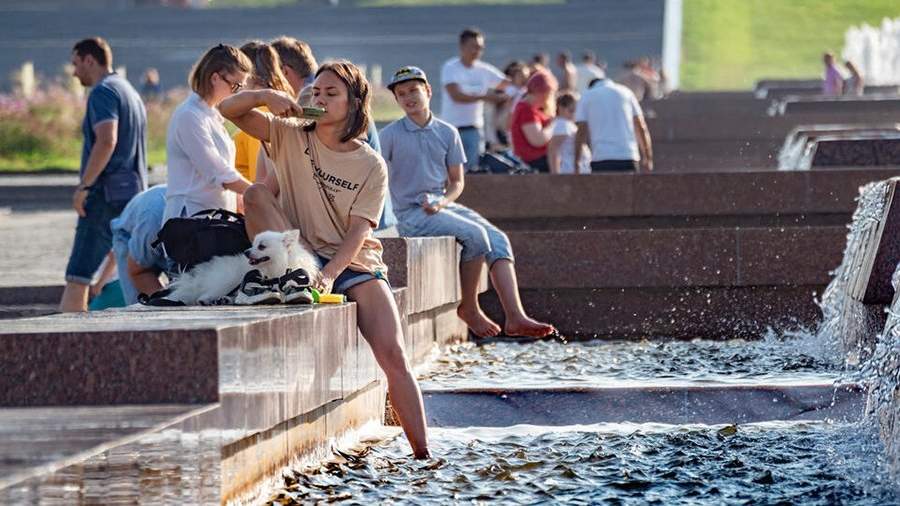 The peak of the heat in Moscow will be on Monday, June 27, the air temperature will exceed 30 degrees. This was announced on Saturday, June 25, by the chief specialist of Roshydrometcenter Marina Makarova.

“On Monday, June 27, the daily temperature in Moscow can be 31-33 degrees. This is the peak of hot weather, – RIA Novosti agency quotes her words.

Over the weekend, Makarova said, daily temperatures of 30-32 degrees are expected. At the same time, the night temperature will rise to 15-20 degrees. After Monday, cooler weather conditions will be established, the specialist added.

According to her, during the heat period the sun is especially active. In order not to overheat and not get burned, you should drink enough fluids, and also do not forget about hats and try to spend more time in the shade.

As previously warned in the Ministry of Emergency Situations, Muscovites and guests of the capital in the coming days should drink more water and avoid being in open space due to the intense heat that comes to Moscow at the weekend. In addition, lifeguards recommend not to swim alone, while intoxicated; do not dive in unfamiliar places and do not swim behind the buoys.

The day before, the leading specialist of the Phobos Center, Yevgeny Tishkovets, said that the days when the thermometers in the capital cross the +30 degree mark cannot be called a period of “extreme heat”. He explained that a cold atmospheric front will arrive in Moscow on June 28 and will be accompanied by “transient local showers and thunderstorms”, and the temperature will drop to +24 … +29 degrees.

According to the scientific director of the Hydrometeorological Center of Russia Roman Vilfand, an abnormal heat wave from June 25 to 27 is predicted in the Leningrad, Vologda, Novgorod, Pskov, Kaliningrad regions, Karelia in the next five days and in a number of regions of Siberia and the Far East. He also noted that a warning has been issued in a number of regions of the Northwestern Federal District, where the temperature will be seven degrees above the norm until June 29.