Foreign Policy: The conflict between Israel and Iran is widening because of Lebanon 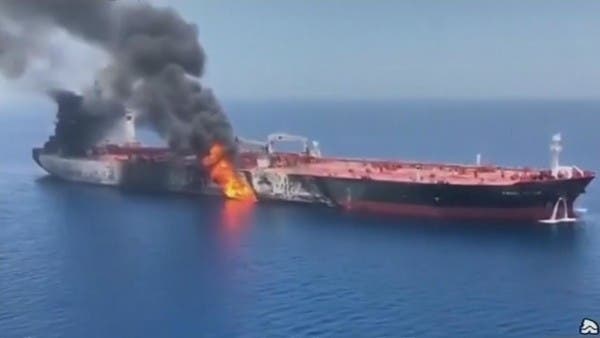 
Earlier this month, an Iranian and an Israeli tweet caused a storm in the already turbulent waters of the Mediterranean.

On June 26, the Iranian embassy in Lebanon wrote a vaguely worded tweet with a picture of an Iranian ship, and said that Iran does not need America’s approval to send fuel to Lebanon. The tweet hinted that the ship was carrying fuel and headed to Lebanon. Fearing US sanctions, the Lebanese Ministry of Energy quickly denied its request to import Iranian fuel, but before that there was speculation that an Iranian oil tanker was on its way to the port of Beirut.

Then on July 6, IntelliNews, a blog on Israeli defense and intelligence affairs, tweeted that Iran had sent the Iranian-flagged Arman 114 carrying Iranian crude oil to Lebanon. The tweet read: “Hezbollah is conducting a logistical operation to smuggle Iranian fuel to Lebanon.” A few days ago, Hezbollah leader Hassan Nasrallah pledged to import fuel from his backing Iran, to emerge as a savior for a country suffering from a devastating shortage of the basic commodity.

The tweets together seem to indicate the widening of the war between Israel and Iran that has so far been mostly raging in the shadows. For years, Iran and Israel have engaged in tit-for-tat attacks on each other’s ships in the Mediterranean and beyond.

The conflict has mostly centered on Iranian tankers bound for oil-starved Syria, and now the fighting appears to be spreading to Lebanon, which looks increasingly on the verge of economic collapse.

#Exclusive : The “INTELLI TIMES” blog found that Hezbollah is a logistical operation to smuggle Iranian fuel into Lebanon (By ship2ship or through Syria port). At this time, 3 Iranian tankers are passing through the Suez Canal. #Lebanon pic.twitter.com/RN5oBU2V97

After a short period of time, the Iranian tanker 114 docked in the port of Banias in Syria on June 13. TankerTrackers, an online service that tracks and reports crude oil shipments, said it was tracking Arman 114 along with two other ships carrying Iranian crude, and confirmed that its destination was Banias, not Beirut, but the Iranian embassy’s tweet appeared to be just a record of a situation.

The report adds: Immediate fears of an escalation between Israel and Iran have been averted, but Israel’s strategy to target Iranian oil tankers remains very active. Nor has Iran’s determination to respond in kind and attack Israeli merchant ships or those of America’s allies in the Gulf have weakened.

In addition, the Arman 114 flight demonstrated the ease with which Iran defies US sanctions.

blocking the movement of money

Experts say that while US sanctions have succeeded in blocking the movement of money through banking channels, they have had little success in preventing Iran from selling crude at discounted prices for cash. Energy analysts have seen a steady rise in Iranian oil exports since late last year.

And under former Prime Minister Benjamin Netanyahu recently, Israel was accused of attacking dozens of Iranian ships, most of them carrying fuel to Syria and some supplying weapons to Iran’s proxies, but none of them headed toward China.

New Israeli Prime Minister Naftali Bennett had more hawkish views than his predecessor, and it is said that Israel should attack Iran when its proxies – Hezbollah or Hamas – bomb anything inside Israel. Less than a month after he came to power, Iran accused Israel of targeting a nuclear facility in Karaj that is said to produce centrifuges to replace those damaged in Israel’s previous covert attacks on Iran’s Natanz nuclear facility.

Meanwhile, the people of Lebanon continue to suffer from fuel scarcity, and if the naval war between Israel and Iran expands, this conflict will continue for much longer.

In this Saudi city..a rainy summer and waterfalls tumbling among its mountains

Queens of the Show: Morella Petrozzi asks Korina Rivadeneira for “precision” in dance

Mahrez looking for his “seventh” cup against Chelsea

Bicentennial, a program for 200 years of independence, opens on Sunday

Sarkaru Vaari Paata: Mahesh Babu is serious about that .. Parashuram who passed the rule immediately!