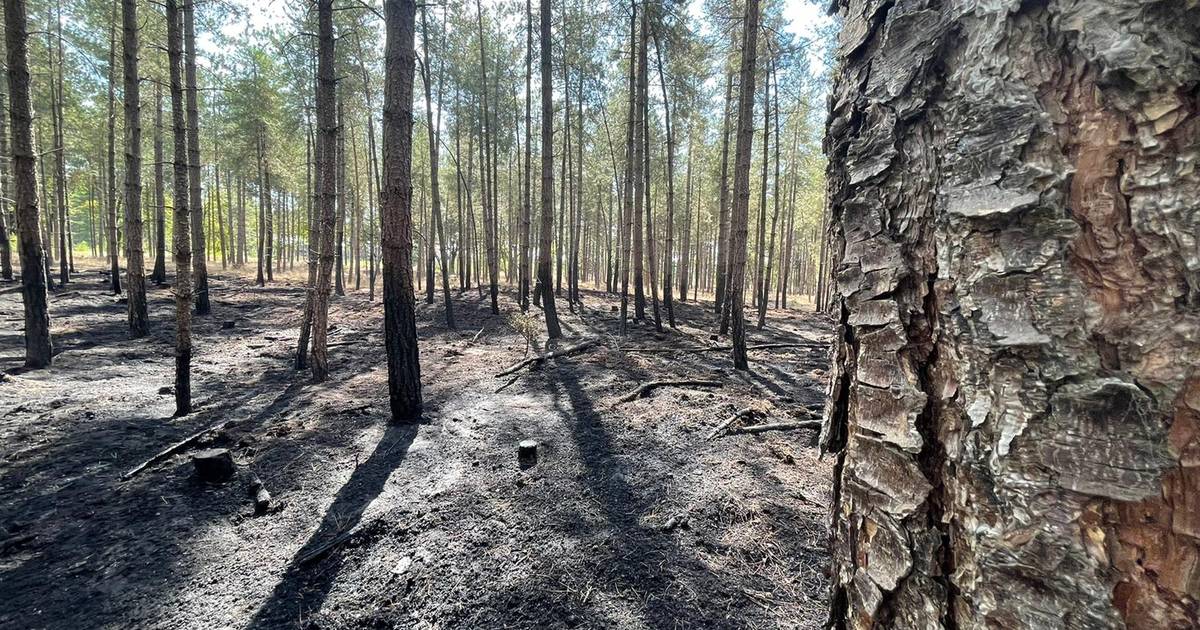 The wildfire that raged in Best in the night from Thursday to Friday may have been caused by errors during an activity by scouting Lierop. The association had placed tea lights and lanterns on forest paths in the vicinity of the log cabin they rented there this week.

What exactly went wrong is still unknown. “But in view of the facts and circumstances at the site of the fire, it now seems that something has gone wrong with the nightly activity of the scouting,” said a spokesperson for the East Brabant police. and the police on Friday afternoon after an initial investigation. “We will therefore further investigate how the fire exactly started. Based on those findings, the Public Prosecution Service will decide whether further prosecution will take place.”

The fire, which started around 1.30 am, could be smelled in the surrounding area on Friday morning. The fire in the De Peel nature reserve is also causing the necessary nuisance. Earlier, the fire service did not think that the tea lights would have anything to do with the fire.

Scouting Oud Best rented out its log cabin on Boslaan Zuid to a scouting group from Lierop with young children. Upon arrival, the group was made aware of the fact that code 2 now applies due to an increased risk of forest fires, says chairman Ronald Hensen of the Bestse association. ,,And we have discussed that campfires are prohibited. They were fully aware that heating was not allowed.” There was no heating either, but remarkably enough, tea lights and lanterns were placed on forest paths.

No unrest at scouting

It is not convenient, agreed chairman Efrie van de Heuvel of Scouting Lierop. The association will discuss the events internally on Saturday, so it did not want to comment further on the incident. According to Van de Heuvel, the forest fire did not cause unrest among the young children. “All the children were already asleep. We put the children who slept in tents in the log cabin.”

“The fire brigade does not count on children in the woods in the event of an emergency,” said the spokesperson for the Safety Region. “We do not expect a group of children walking around there, even without tea lights that is dangerous. That is not responsible. We spoke to someone from the management about this.”

It concerns a piece of forest near the Schietbaanlaan with an area of ​​approximately two hundred by eighty meters that was severely affected by the fire. The site belongs to the municipality of Best. He is still considering the extent of the damage, a spokeswoman said. Only later does the question arise whether the municipality wants to recover the costs from the perpetrators.

The fire brigade was alerted around 1:30 am. It was soon scaled up to a major fire. The fire was fought with three tanker sprayers from Best, Son en Breugel and Oirschot. They were supported by water containers from Best, Bergeijk, Heeze and Reusel. The fire was brought under control around 3 a.m. and extinguishing began. Extra water was pumped from the Wilhelmina Canal.

On Friday morning, the fire brigade again took action in the forest on Schietbaanlaan in Best for a follow-up check. Firefighters re-wetted the area to prevent the fire from re-igniting. The plot is also closely monitored.

According to the fire brigade, the wildfire in Best, but also the wildfire in the Peel, causes odor nuisance in the region. ‘We actively monitor this from the control room. For the moment we can only advise closing windows and doors and turning off ventilation in the event of a nuisance’.