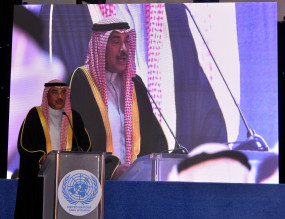 Digital Desk, Kuwait City. Kuwait has formed a new government under the leadership of Prime Minister Sheikh Sabah Khalid Al-Hamad Al-Sabah. The Emir of Kuwait, Sheikh Nawaf al-Ahmad al-Jaber al-Sabah, received the prime minister, approved the new cabinet formation handed over by him, and asked him to serve the people of Kuwait, Xinhua news agency quoted a state media report as saying. Best wishes to them.

The report said the emir expected the executive and legislative powers to cooperate for the development and welfare of Kuwait. On 8 November, the government submitted its resignation, which was accepted by the Amir on 14 November.

On 23 November Kuwaiti Crown Prince Sheikh Mishal al-Ahmad al-Jaber al-Sabah issued an order on behalf of the emir to appoint Sheikh Sabah Khalid al-Hamad al-Sabah as prime minister and appoint him to form the government. Did.