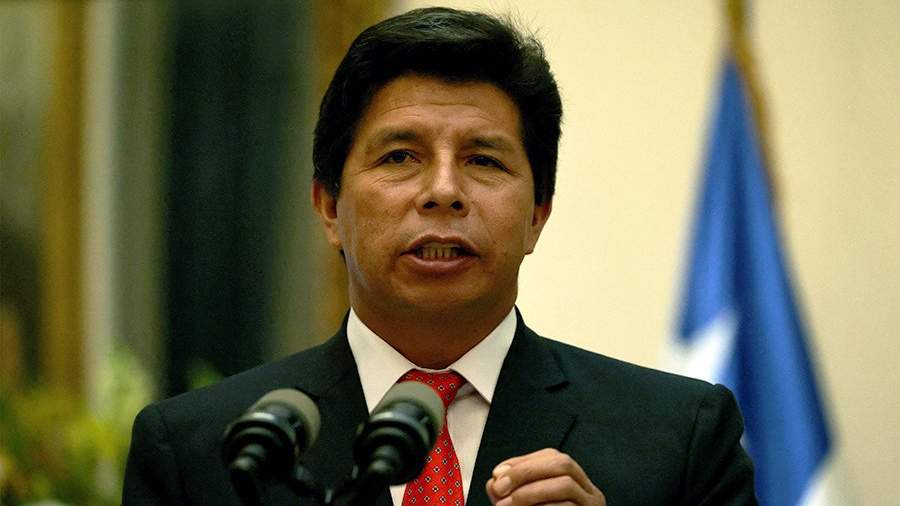 Former Peruvian President Pedro Castillo, who is in pre-trial detention, has announced his intention to stay in his country. He expressed his position on social networks on Tuesday, January 17.

“Why should I flee the country? <...> Where is the evidence that I want to run away? I didn’t kill anyone, I didn’t steal, and I didn’t insult anyone. If I have to report, I will do it at home, ”wrote the former head of state on his Twitter.

At the same time, Castillo agreed that Congress violated the impeachment procedure and did not grant him the right to defense. In addition, immediately after the arrest of the Peruvian leader, Mexico sent its consul to him to work on the issue of asylum.

On December 7, 2022, the Peruvian police detained Pedro Castillo after he was impeached. The politician was taken to the police station in Lima and charged with sedition and abuse of power. Prosecutor Patricia Benavidez, together with a special anti-corruption team, took up the investigation.

On the same day, the first vice-president of Peru, Dina Boluarte, took the oath as the new head of the republic.

The commander of the country’s ground forces, General Walter Cordova Aleman, announced his resignation. Subsequently, the ministers of defense, justice and human rights, economy, culture, education, the head of the Foreign Ministry, as well as the Permanent Representative of Peru to the UN, also abandoned their posts.

Pedro Castillo took over as president on July 28, 2021. Since then, the Peruvian parliament has called for his removal three times.