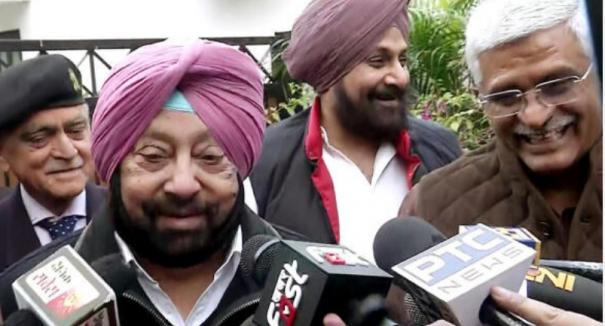 New Delhi: Former Punjab Chief Minister Amarinder Singh has been appointed as a member of the BJP’s National Executive Committee.

As a result, Amarinder Singh, who was dissatisfied with the Congress leadership, resigned from the party on October 28 last year. Subsequently, he started a separate party named Punjab Lok Congress on November 2 last year. The Punjab Lok Congress contested the Punjab Legislative Assembly elections held in February this year in alliance with the BJP. However, the party did not win even a single constituency.

Subsequently, on September 19, he joined the BJP with himself and his party. In this case, he has been appointed as a member of the National Executive Committee, the main body of the BJP. BJP has issued a notification to this effect.

After this announcement, Amarinder Singh, who has posted a comment on Twitter, thanked Prime Minister Narendra Modi, Home Minister Amit Shah and BJP President JP Nadda for trusting him and appointing him as a member of the National Executive Committee.

Similarly, Jayveer Shergill, who was a spokesman in the Congress party and later left it to join the BJP. He has now been appointed as the National Spokesperson of the BJP. Former Punjab Congress president Sunil Jakar, who joined the BJP, has also been appointed as a member of the BJP’s national executive committee.