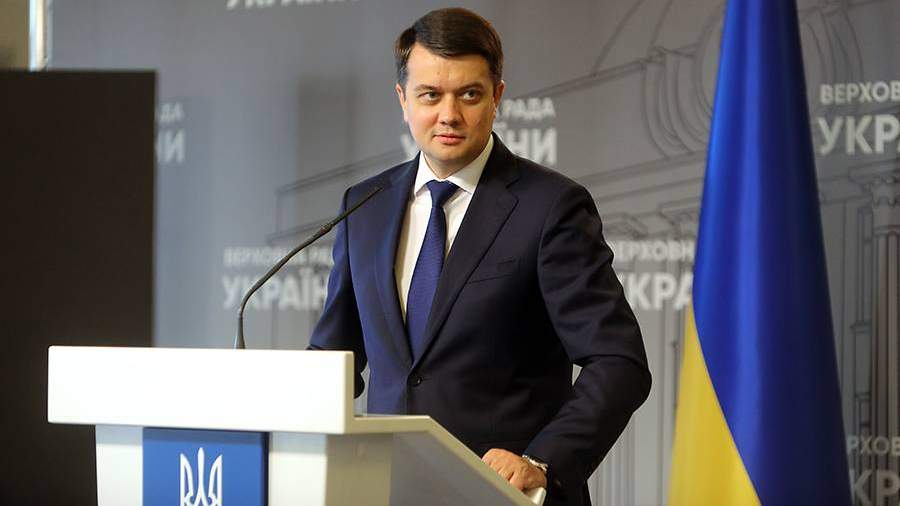 Former speaker of the Verkhovna Rada Dmitry Razumkov announced his intention to become a presidential candidate in Ukraine. He announced this on Friday, November 26.

“There will be elections – then let’s go. I said, I took part in all the elections. I think that I will also take part in the next elections. <...> Both presidential and parliamentary, “he said on the air of Savik Shuster’s Freedom of Speech YouTube program.

According to Razumkov, he is realizing all the ambitions “that will be in order to really change” Ukraine.

In addition, the ex-speaker announced that he would reward his own party for the next parliamentary elections.

The Verkhovna Rada of Ukraine dismissed Speaker Dmitry Razumkov on October 7. After resigning from office, he said that after such a decision, the obstacles that hindered his presidential ambitions were removed.

On October 3, the President of Ukraine announced that Razumkov had ceased to be a member of the team of the Servant of the People party and was leading his own political life. In addition, the Ukrainian leader said that Razumkov issued signature lists to the deputies to impeach the president.

On September 10, Ukrainian leader Volodymyr Zelenskyy will decide the issue of his re-nomination for the presidency. At the same time, the head of state announced his intention to “keep promises and go on vacation.” He also admitted that he does not regret taking office as head of state.

Zelensky took office as president of Ukraine on May 20, 2019. In the first round of elections, he received the largest number of votes (30.24%) among all candidates, in the second round of elections he won, gaining 73.22%.