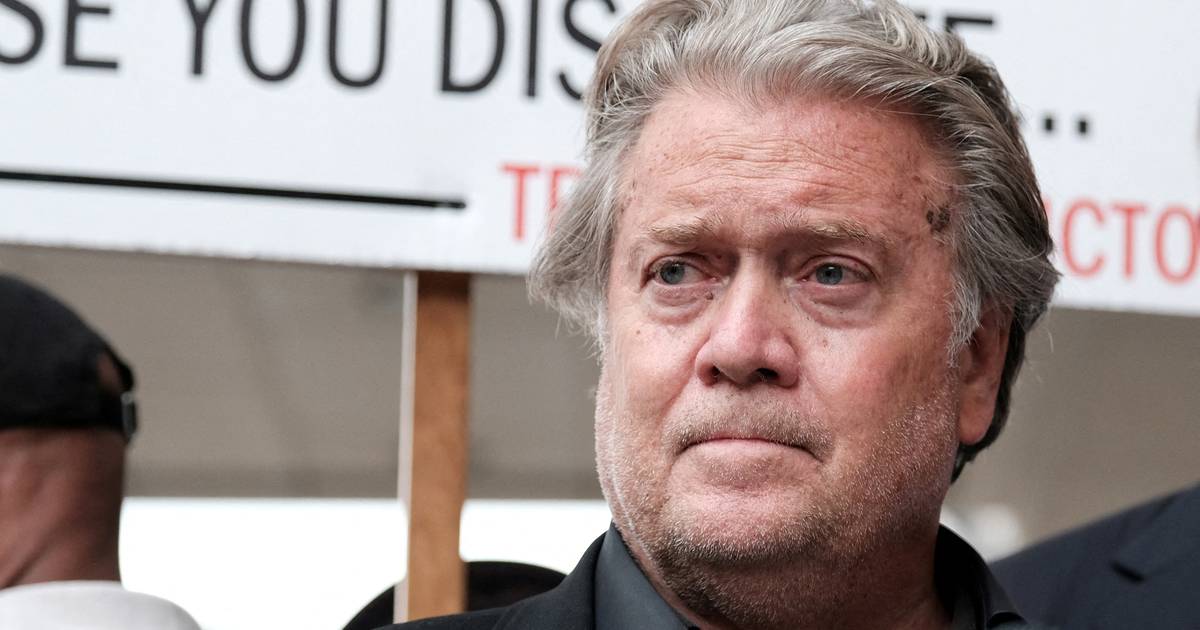 Steve BannonSteve Bannon, a former adviser to US President Donald Trump, was found guilty of contempt of Congress by a jury today.

Bannon, 68, declined to appear at a House hearing where a committee wanted to question him about his role in the storming of the Capitol on January 6 last year. Bannon also refused to provide documents that the House wanted to see, hindering the investigation. After a trial that lasted about five days, Bannon was found guilty by a jury in federal court in Washington.

Bannon faces up to two years in prison. Each charge carries a penalty of 30 days to a year, as well as a fine between $100 and $100,000. The American will receive his final sentence on October 21, the federal judge ruled.

It was the first conviction for contempt of Congress since 1974. At the time, it involved Gordon Liddy, a conspirator in the Watergate scandal that led to President Richard Nixon’s resignation. “We may have lost the battle today, but we didn’t lose the war,” Bannon said immediately after the jury’s verdict.

The White House declined to comment on the ruling, Reuters news agency said, but said in general terms that people must cooperate with the investigation into the January 6, 2021 storming of the Capitol.

A House special committee is investigating what role former President Trump played in the storming and whether he may have done anything illegal.

The committee wanted to hear Bannon’s testimony because the day before the attack, he spoke to Trump at least twice and attended a planning meeting at a Washington hotel. Later that day, he said in his podcast that “all hell will break loose tomorrow.” Earlier this month, just before the start of his trial for contempt of Congress, Bannon suddenly announced his willingness to testify in a public hearing before the committee. That did not change the fact that he had already broken the law, according to the prosecutors.

Bannon’s conviction may strengthen the committee’s position in obtaining testimony and documents from those around Trump. Last year, Trump asked his staff not to cooperate with the commission, which he says is politically motivated. In addition to Bannon, Trump stalwarts such as Peter Navarro, Mark Meadows and Daniel Scavino also complied with Trump’s request. Navarro will stand trial in November for contempt of Congress. Meadows and Scavino escaped because they cooperated with the committee after all.

The Man Who Made Trump President

Steve Bannon is seen as the man who helped Trump to his election victory in 2016. Before that, Bannon was editor-in-chief of the right-wing conservative news site Breitbart. After Trump was sworn in, Bannon went to work at the White House as one of Trump’s top advisers. Bannon, however, suffered the same fate as many other Trump associates there: the president soon got into trouble with him. After more than six months, Bannon left the White House again.

For a long time Bannon was persona non grata for Trump, but in the meantime relations have improved again. That was evidenced by the fact that Trump pardoned Bannon on his last day as President. Bannon had been charged with fraud surrounding the construction of a wall along the border with Mexico.