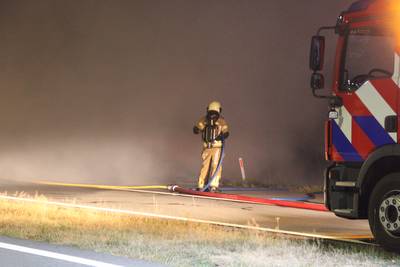 In the night from Thursday to Friday, as far as is known, fourteen farmers’ actions were taken on roads in the Netherlands. This concerns dumped rubbish or hay bales, whether or not lit, a spokesperson for Rijkswaterstaat reported. The situation on the road is not that bad on Friday morning, the spokesman said.