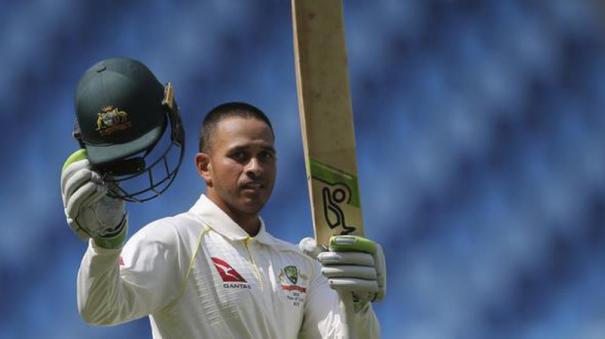 Adelaide: Fox Cricket, the Australian TV channel company, has launched a new initiative to add more interest to the viewers who love to watch cricket matches. It is about capturing the batsman’s voice on the pitch, his mental flow through the mic. It has also been well received by fans internationally.

Following Australian players like Warner and Smith, Fox Cricket recently put the mic on the team’s opener Usman Khawaja. Here the voices of commentators are muted.

He scored 62 off 129 balls in the first innings of the ongoing Test match against the West Indies at the Adelaide Stadium. The TV channel has put the mic on this innings of his.

All his speech like taking the cut, facing the ball, running, talking to his opposite partner is recorded on this mic. Fox Cricket has shared it as it is in audio visual format.

The fans who saw the video asked, ‘When will it come to India?’ Fans are sharing their comments of various types starting from. It is noteworthy that earlier in IPL cricket the players of the fielding team spoke to the commentators.

We Mic’d up Usman Khawaja and the results are *chef’s kiss* pic.twitter.com/EmnZ73a7XM