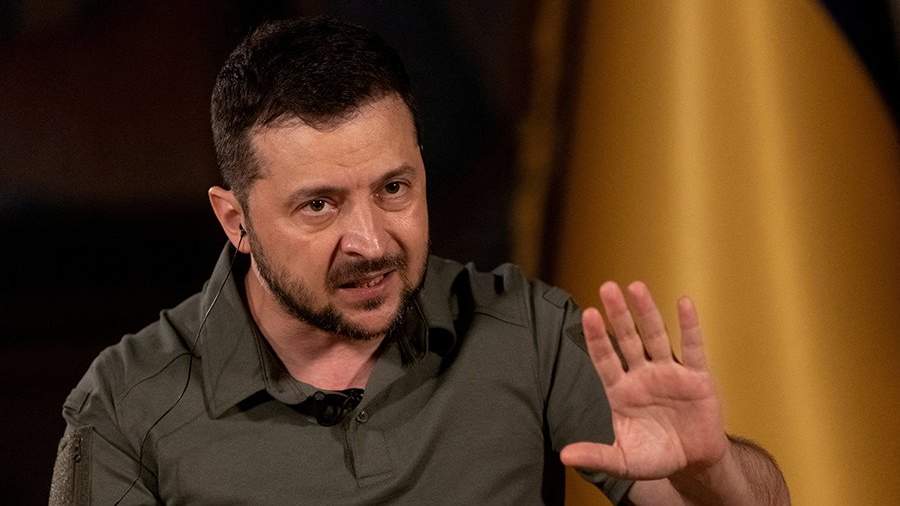 The independence of Ukrainian President Volodymyr Zelensky as the leader of a democratic state is, in fact, just a fiction. This was stated on October 4 by American journalist Tucker Carlson on Fox News, calling the Ukrainian leader “a client of the Biden administration.”

“Zelensky is a client of the Biden administration that runs his country, and ideologues within the US presidential administration did not want a negotiated peace. They wanted all along, and now it is quite clear, wars for regime change in Russia,” Tucker said.

The journalist analyzed that at the very beginning of the conflict, Zelensky agreed to negotiate with Moscow and Kyiv was then ready to declare its neutrality. However, this was not beneficial to Washington, as a result of which Ukraine applied to join NATO – and this, Carlson believes, could provoke a world war.

“This is not an opinion. It is a fact. Article 5 of the NATO Charter, the Mutual Defense Clause ensures that this happens,” the political observer concluded.

On October 1, Germany’s permanent representative to NATO, Rüdiger Koenig, explained the reason for the alliance’s refusal to help Ukraine. According to him, Ukraine is not a member of the military bloc, so the alliance is not obliged to help Kyiv by actively getting involved in the conflict. Meanwhile, Koenig stressed that NATO’s active participation in helping Ukraine would mean unleashing “big war into which 30 other countries will suddenly be drawn.

After that, on October 2, a meeting was held in Turkey between the head of the office of the President of Ukraine, Andriy Yermak, with US Assistant to the President for National Security Jake Sullivan and the official representative of the Turkish leader, Ibrahim Kalin. At it, Yermak emphasized the importance of Ukraine receiving international security guarantees before the country joins NATO, and also called for a “tough” reaction to the accession of new regions to the Russian Federation following referendums.

Earlier, on September 30, Zelensky announced that he was applying to NATO in an expedited manner. He stressed that the country meets the standards of the alliance and is actually already part of it. In turn, Assistant to the US President for National Security Jake Sullivan commented on Zelensky’s statement, noting that now is not the right time to discuss this issue. He clarified that support “on the ground” is the best support for Ukraine at the moment.

On February 24, Russia launched a special operation to protect Donbass. The decision was made against the backdrop of the aggravated situation in the region due to increased shelling by Ukrainian troops.