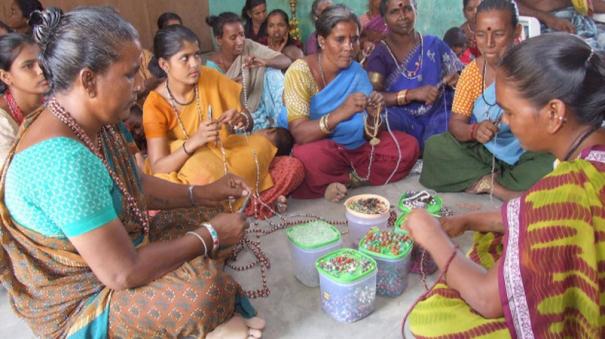 New Delhi: Union Minister Arjun Munda said that the Union Cabinet has given its approval to include communities including Narikaurvar and Sparrows in the list of tribals.

In Tamil Nadu some communities including Sparrows and Foxes are struggling to include themselves in the tribal category and issue caste certificates. They have been making requests to the government and the chief minister in this regard. In this context, Chief Minister M. K. Stalin had written a letter to Prime Minister Narendra Modi on March 19. In it, he insisted that the fox and sparrow communities should be included in the tribal list of Tamil Nadu and gave various reasons for the same.

In his letter to the Prime Minister, he said, ‘The fox community is one of the most backward and disadvantaged communities. By being included in Scheduled Tribes they are eligible for all the constitutional protection and welfare schemes. Inclusion of this community in Scheduled Tribes is long pending. He demanded that they immediately intervene in this matter and take steps to include the Narikuruvar and Sparrowhawk communities in the tribal list.

In this case, in the Union Cabinet meeting chaired by Prime Minister Narendra Modi in Delhi yesterday, approval has been given to add the so-called foxes and sparrows to the list of tribals.

Union Minister Arjun Munda told reporters about the decision taken in the cabinet:

The Union Cabinet has approved the inclusion of communities that were missing from the list of tribals in the states of Tamil Nadu, Karnataka, Chhattisgarh and Himachal Pradesh. Hence, all the concessions available to the tribals will now also be available to the Narikuruvar, Sparrowhawk, Hatti and Brygia communities. This historic decision has been taken in the Cabinet headed by Prime Minister Modi.

1.60 lakh people belonging to Hatti community will benefit from inclusion in Scheduled Tribes. The Hatti people are in large numbers in the state of Himachal Pradesh. Similarly, Chhattisgarh state has a large population of Brigiyas who will also benefit. The fox and sparrow community in Tamil Nadu will also benefit from this. This is what he said.

A bill to include the Narikuravar and Kuruvikara communities in the Schedule of Tribes will be passed into law. Thereafter, the members of the newly included communities in the Revised Schedule of Scheduled Tribes of Tamil Nadu will be able to avail the benefits of the existing welfare schemes of the Central Government.