France announces its support for Finland’s accession to NATO .. ​​a “sovereign option” 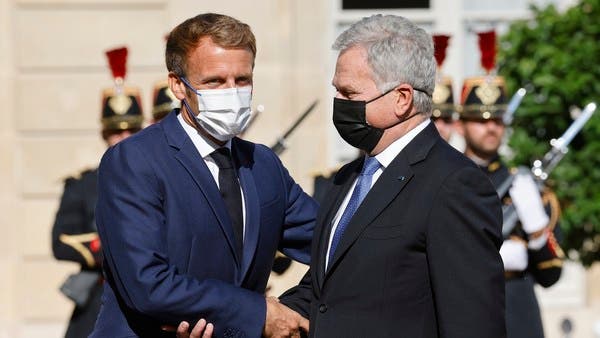 On Thursday, France announced its support for Finland’s accession to the North Atlantic Treaty Organization (NATO), considering this option a sovereign option.

This came in an exchange of messages between the French and Finnish presidents, where Emmanuel Macron informed Sauli Niinistö of his country’s support for the “sovereign option of rapid accession to NATO,” according to a statement by the Elysee Thursday.

It is noteworthy that the President and Prime Minister of Finland had announced earlier Thursday that they supported joining NATO, and that an official decision would be taken at the end of the week, after the Russian military operation in Ukraine caused a rapid shift in public opinion in the country.

Finnish President Sauli Niinisto and Prime Minister Sanna Marin said in a joint statement that “Finland must apply to join NATO without delay,” according to AFP.

They also explained that “NATO membership will enhance Finland’s security. By joining NATO, Finland will increase the strength of the entire defense alliance,” adding that a special committee will announce Finland’s official decision on the issue of submitting its candidacy for NATO membership on Sunday.

However, Niinistö stressed that “joining NATO will not be against anyone”, amid Russian warnings of the consequences of Helsinki’s pursuit of joining the Western military alliance. He said his response to Russia would be, “You did it.”

On the other hand, the Kremlin was quick to respond to the announcement, considering that Finland’s accession to the Western military alliance “definitely” poses a threat to Russia.

This comes as neighboring Sweden is expected to announce its decision in this regard within days, which is likely to take place during a meeting of Prime Minister Magdalena Andersson’s Social Democratic Party.

The two countries are expected to submit their candidacy for membership jointly.